In a 1935 interview, The San Francisco Chronicle quoted New Deal artist Victor Arnautoff, who said, “As I see it, the artist is a critic of society.” In a new biography of Arnautoff, (1896 –1979), Robert Cherny recounts the political… read more

As a through hiker on the Appalachian Trail some years back, David Gates would stop to pick up the supplies he had mailed to himself at the tiny post offices along the route that were his lifeline during his 6-month,… read more

Eric Rauchway opens his new book Winter War with the near-miss assassination of President-elect Franklin Roosevelt on February 15, 1933, less than three weeks before his inauguration. If the bullet had found its mark, the U.S. would have had President… read more

Professor Waller is clearly an enthusiast of the CCC and knowledgeable about its many legacies to South Carolina. His extensive study of the C’s national newsletter, Happy Days, as well as the rare newsletters published by each camp, makes him… read more

I recently plucked a book off the shelf of my library and found the answer to a question I’m often asked: How did you discover the New Deal? I first read Phoebe Cutler’s pioneering book The Public Landscape of the… read more 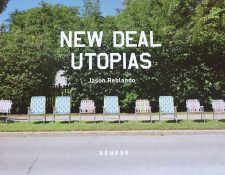 Over three years Jason Reblando, a Chicago artist and photographer, trained his camera on three Greenbelt towns — Greenbelt, Maryland; Greenhills, Ohio; and Greendale, Wisconsin— constructed during the Depression to house poor Americans, many of them displaced from the Dust… read more

“The 1930s was the most creative period in American cultural life” claimed actress Toby Cole when I interviewed her shortly before her death at 92. I thought she was exaggerating because she had worked for the Federal Theatre Project (FTP)… read more

In We Do Our Part: Toward a Fairer and More Equal America, Charles Peters considers the tectonic social shifts he has seen in his lifetime–one that included attending Columbia on the GI Bill, serving in the West Virginia Legislature, working… read more

As a lifelong Californian, the name La Guardia meant little to me other than an airport and a bronze plaque I once saw at Brooklyn College. That was until I read Mason Williams revelatory book, City of Ambition, about the… read more

2016 marked the hundredth anniversary of the National Park Service and the 75th of the East Bay Regional Park District (EBRPD), a magnificent two-county system now comprising 65 parks and 120,000 acres of remarkably varied land. Both occasions were celebrated… read more 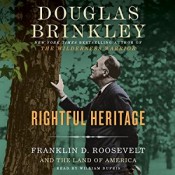 To the innumerable gifts the New Deal’s work relief agencies left to Americans must now be added a vast archipelago of parklands and entire species of plants and animals preserved by the personal initiative of President Roosevelt. One is left… read more 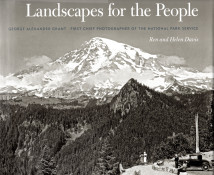 While doing research for their 2011 guidebook to the Civilian Conservation Corps’ work in the nation’s parks, Our Mark on This Land, Ren and Helen Davis searched through thousands of historic photographs at the National Park Service’s photography archive in… read more 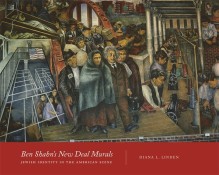 A prolific visual artist before, during, and after the New Deal, Ben Shahn’s religion (Judaism), place of birth (Lithuania), and first language (Yiddish), set him apart as a member of “the ‘Hebrew Race,’ a racial assignment both inferior and vastly… read more