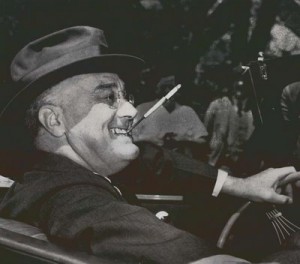 Ken Burns’s new documentary, “The Roosevelts: An Intimate History,” premieres on PBS on Sunday, September 14 and runs consecutive nights through September 20. The 7-part series interweaves the stories of Theodore, Franklin, and Eleanor Roosevelt.

“The Rising Road, 1933-1939,” which airs on Thursday, September 18, focuses on the New Deal, FDR’s massive response to the Great Depression that put millions of people back to work and transformed the relationship of Americans to their government. 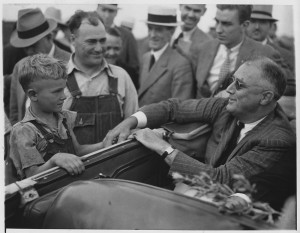 Years in the making, “The Roosevelts” chronicles the relationships and personal struggles that shaped the lives of arguably the most influential family in American history. Their legacy includes the National Parks, the Panama Canal, the New Deal, and victory in World War II, and Eleanor Roosevelt’s work for civil and human rights in the postwar years following FDR’s death.

Ken Burns’s award-winning documentaries include the Civil War, Jazz, Prohibition, Baseball, the Dust Bowl, and National Parks. Burns’s co-writer on “The Roosevelts,” Geoffrey C. Ward, is an authority on FDR, an interest that grew, in part, from the fact that Ward, like FDR, had polio.

“The Roosevelts have played significant roles in other stories we’ve told before, from the National Parks to World War II,” says Burns. “It’s impossible, in fact, to visit many parts of the American experience without encountering their presence.”

“They each shared a passionate belief that America is at its strongest when everyone has an equal chance. And on a personal level, they each struggled to overcome their own fears while maintaining a public face of courage.”