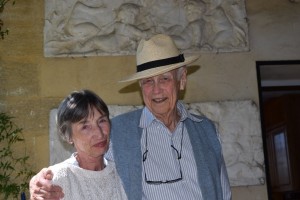 The Living New Deal is delighted to announce that Curtis Roosevelt, eldest grandson of Franklin and Eleanor, has joined our Advisory Board.  Curtis has written many essays about his grandparents and his experiences as a boy in the White House. A memoir, Too Close to the Sun: Growing Up in the Shadow of My Grandparents, Franklin and Eleanor, was published in 2008.  Curtis holds a master’s degree from Columbia University and worked as an administrator at the New School for Social Research and Columbia. He also held posts at the United Nations and was head of Dartington College of Arts in England.  He is happily retired and living in southern France with his wife, Mariana.

2 comments on “Curtis Roosevelt Joins Board”