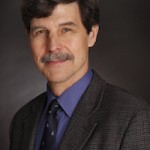 recently took on the prevailing mantra of budget cutting in the midst of the Great Recession – as if we’d never learned anything from the New Deal’s break with conventional wisdom in the Great Depression of the 1930s.  As Woolner puts it:

“Roughly three-quarters of a century ago, a similar argument raged between Franklin Roosevelt, who firmly believed that it was right and proper for the government to intervene in the economy during a time of crisis, and those on the extreme right who insisted the way to end the Great Depression was to reduce the federal deficit and balance the budget, no matter what the short-term costs.

FDR had little time for such arguments, which he viewed as not only selfish, but un-American…”