Even a capitalist like John Studzinski, a senior managing director of The Blackstone Group, evokes 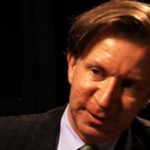 the memory of the New Deal in proposing a kind of national service program for investing in the youth of Europe and North America, who are in desperate straits due to high unemployment, underemployment and poor job prospects.  While we don’t agree with his private market financing scheme, we do share the sentiment that lack of investment in the young is a formula for disaster and that a national program of youth employment is called for.  See Studzinski-A new New Deal to cut youth unemployment – FT.com, which was published in the Financial Times on May 28, 2102.