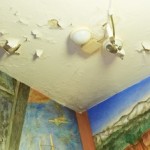 Despite a last minute blitz of negative ads by big business groups, San Francisco voters yesterday gave Proposition B, the Coit Tower Protection Initiative, a convincing victory.  By a vote of 53.5% to 46.5% with 100% of the precincts reporting, San Francisco voters supported the measure to strictly limit commercial activities and private events at Coit Tower and to prioritize funds from Coit Tower concession operations for preserving the Coit Tower murals and building.  The win came despite the fact big business interests led by the San Francisco Chamber of Commerce poured $177,000 into two political committees that ran a campaign of last-minute negative tv and internet ads, doorhangers, and mailers attacking Proposition B.

“This is a huge win for Coit Tower and for everyone in San Francisco and around the world who adores this special place and the amazing murals that reside inside,” said Jon Golinger, Chair of the Protect Coit Tower Committee.  “Yesterday, the voters of this entire city delivered a clear message to everyone at City Hall that the mismanagement and creeping commercialization of Coit Tower is unacceptable and must be fixed now.”

Prop. B was sponsored by a citizens’ coalition in response to increasing concerns about the neglect, decay, and lax oversight by the city that led to increasing problems at Coit Tower, such as paint peeling from the ceiling, poor lighting, water leaks seeping through and corroding the murals, and gashes damaging the fragile frescoes.  A recent city-commissioned report evaluating the condition of the tower and its historic murals found systemic and severe damage to both the building and the art inside and revealed safety hazards such as lead paint, asbestos, and cracks in the top of the tower.  The report made more than 100 recommendations for fixing Coit Tower, including immediate mural repairs and a comprehensive overhaul of how the historic landmark is managed.  In response to the report’s findings and the Prop. B campaign, last month Mayor Ed Lee announced the creation of a new $1.7 million city fund to begin repairing Coit Tower.

Proposition B now establishes a new official city policy directing the Recreation and Park Department and other city officials to strictly limit commercial activities and private events at Coit Tower and to prioritize the funds raised at Coit Tower for preserving the murals, fixing the tower structure, and beautifying Pioneer Park around the tower.

Prop. B was backed by the descendants of Lillie Hitchcock Coit and daughters of the original Coit Tower muralists, along with a coalition of artists, environmental, and neighborhood groups including the Sierra Club, Coalition for San Francisco Neighborhoods, Labor Council, Democratic Party, and the Telegraph Hill Dwellers. Click here for Protect Coit Tower website