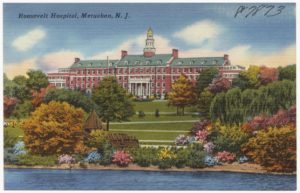 The former Roosevelt Hospital has recently reopened its doors as a senior housing complex. The facility was originally constructed in 1937 as a tuberculosis sanitarium and funded by the Public Works Administration. According to the Edison-Metuchen Sentinel and the American Planning Association, “The new project will provide more than $4.4 million in ongoing economic output, 25 direct and indirect full-time equivalent jobs, and more than $249,000 in state and local taxes annually. The redevelopment was designed by architect Wallace Roberts and Todd in Philadelphia .” Find more information here.