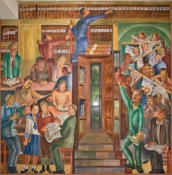 On September 20, Project Historian Brent McKee will give a talk on the Green New Deal and the Living New Deal at the Appalachian Festival at Frostburg State University. Find more details about the event here: https://www.frostburg.edu/annual-events/afestival/ Friday, Sept. 20,… read more

Thursday, August 22 at 7 p.m. Henry A. Wallace Visitor and Education Center Home of Franklin D. Roosevelt National Historic Site  They were Roosevelts—American royalty, two of the most renowned and admired women in the country. First cousins, they were the… read more

On October 23, Richard Walker will speak about the Green New Deal at the Commonwealth Club in San Francisco. Titled, “New Deal To Green New Deal” the talk will address how the lessons of the New Deal can be useful… read more 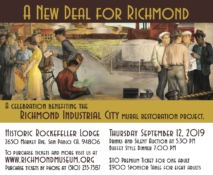 While controversy continues about one famous artist’s mural at a San Francisco high school, an East Bay museum is determined to restore another valuable work by the same person. The Richmond Museum of History unearthed the mural, “Richmond Industrial City’… read more

Tuesday, August 20, the Albany Filmfest will presents a short documentary film titled, “The Life And Legacy Of Frances Perkins.” The screening will be followed by a panel discussion with local women in politics, including Albany Mayor Rochelle Nason. Moderated… read more 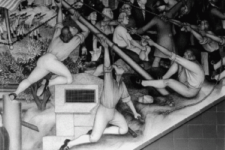 In July, a panel of historians will discuss the controversy over the George Washington High School Victor Arnautoff murals, which some have interpreted to promote a narrow, Eurocentric view of history. This panel will open with a brief visual… read more