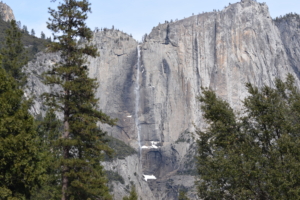 Civilian Conservation Corps (CCC) enrollees made many improvements at Yosemite Village in Yosemite Valley, the heart of Yosemite National Park.

The installed log curbing, laid out new paths, and planted ferns, trees, and shrubs along around the administration building, new hospital, residences, and Yosemite Museum. Some of the landscaping was done with native plants transplanted from various places outside the valley. The CCC revitalized the historic 250 apple trees planted by James Lamon, one of the first settlers in Yosemite Valley.

CCCers placed flagstones around the telescopes in front of the museum. Under the direction of the park naturalist, enrollees transformed the garden around the Yosemite Museum into a wildflower meadow featuring a spring and a stream.

Over a six-month period beginning in April 1935, 1,973 pine and cedar trees and thirty-six quaking aspens were planted in the barren areas fronting the road at Camps 7 and 15 (Lower and Upper River campgrounds). 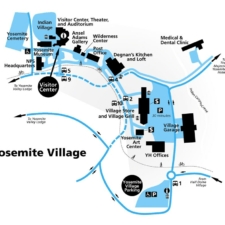