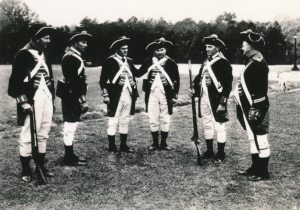 Colonial National Historical Park (CNHP) was created by Congress and President Herbert Hoover in 1930 and consists primarily of the Yorktown Battlefield, the historic Jamestown Settlement, and Colonial Parkway.

Several federal agencies participated in its development. The National Park Service (NPS) provided general supervision of the entire historic site project after it was given responsibility for all historic battlefields by President Franklin D. Roosevelt. The Public Works Administration (PWA) contributed at least $600,000 (and probably much more) in funding. Relief agencies provided labor power: the Civil Works Administration (CWA) worked over the winter of 1933-1934 (probably for mosquito control and general clean-up) and the Works Progress Administration (WPA) researched the area’s history and created replica uniforms for museums and reenactments from 1935 to 1943.

The bulk of the work, however, was carried out by the African American young men of the Civilian Conservation Corps (CCC). Up to five companies at a time (200 men per company) engaged in an astonishing array of work from 1933 to 1941, nearly the entire lifespan of the CCC. The primary CCC companies that participated in the restoration efforts at CNHP appear to have been #323, 352, 1351, 2303, and 2305.

CCC enrollees landscaped the grounds; removed wildfire fuel; graded and planted trees and shrubs along Colonial Parkway (see “Colonial Parkway – Yorktown VA”); reconstructed fortifications from the Battle of Yorktown; stopped further erosion damage along the river bluffs where French and American batteries once stood (Daily News, February 17, 1935); cleared colonial roads and constructed trails and bridle paths; demolished modern buildings and then restored or re-built historic structures (such as the Swan Tavern and the Lightfoot House); made replica furniture and cannon; and more.

The African American CCC units also performed several years of archaeological work at CNHP. A 1985 administrative history of the CCC and NPS notes that CCC Director Robert Fechner, in 1935, “praised the archaeological work being done by enrollees… at Colonial National Monument.”  The CCC even built “an archaeological laboratory and museum” (Daily Press, April 3, 1938).

The work at CNHP is a great example of the CCC’s tremendous and nationwide historic preservation efforts – a significant amount of it carried out by African American enrollees. A 1995 Historic American Engineering Record (HAER) noted: “For a decade the CCC actively restored [CNHP’s] landscape, and much of the innovative work accomplished during the 1930s was done so only because of their involvement. Today, the restoration work completed by the CCC holds up better than projects initiated just twenty years ago.”

Colonial National Historic Park was one of the largest CCC projects in the country. Surprisingly, many of the websites about CNHP don’t mention the CCC at all – even in their history section. 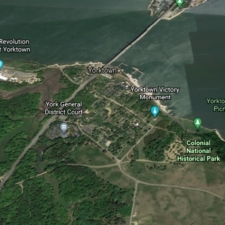 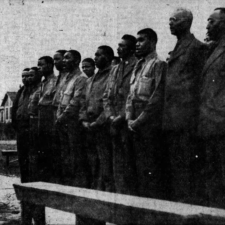