To find out more, click below for briefs on New Deal programs, New Deal leaders, New Deal Inclusion and The New Deal Worked, as well as a timeline of the New Deal. You can also use the pull down menu under “The New Deal” on any page

The New Deal was the effort by President Franklin D. Roosevelt, who took office in 1933, to respond to the calamity of the Great Depression and alleviate the despair besetting America.  FDR and the New Dealers launched scores of new programs to respond to a wide range of problems facing the country: stabilizing the banks and stimulating the economy, creating jobs and raising wages, investing in public works and modernizing lagging regions, and giving ordinary Americans a new sense of security and hope.  The New Deal lasted until American entry into the Second World War at the end of 1942.  In ten years it transformed the country and restored our faith in the ability of government to serve the people.

National output had fallen by one-third from 1929 to 1933 and thousands of banks had collapsed, taking households savings with them.  The New Deal stabilized the banks and cleaned up the financial mess left over from the Stock Market crash, allowing credit to flow again.  It stabilized farm prices, aided state and local governments, and injected a surge of federal spending into the economy that bolstered household incomes and business revenues. Growth rebounded to annual rates hitting 10% and by 1939 national income was back to the level of 1929.

By 1933, one in four Americans was out of work by 1933 (one in three in the private sector) – roughly 15 million workers. The New Deal created a multitude of agencies that provided over 10 million jobs for the unemployed, whose wages saved millions of families from destitution. Unemployment was reduced to 10%  by 1942.  The rights of workers to organize was recognized, leading to a huge surge in union membership and rising wages, and a federal minimum wage was introduced.  The Social Security system was begun to support pensions for seniors, along with support for mothers with children.

The New Deal used an array of federal agencies, local governments, and private contractors to upgrade and expand the nation’s infrastructure.  It built hundreds of thousands of new roads, bridges, and tunnels; city halls, libraries and post offices; hospitals, schools and auditoriums; dams, water works and sewage systems; and airports, parks and military installations. It spread these improvements across the country, bringing lagging regions into the 20th century with paved roads, electric wires and telephone lines.  This massive waves of public investment helped to underwrite the war effort and postwar prosperity.  Because it was well built, most New Deal infrastructure is still in use today.

The New Deal touched every state, city, and town, improving the lives of ordinary people and reshaping the public sphere.  New Dealers and the men and women who worked on New Deal programs believed they were not only serving their families and communities, but building the foundation for a great and caring society.

In less than a decade, the New Deal changed the face of America and laid the foundation for success in World War II and the prosperity of the postwar era – the greatest and fairest epoch in American history.  Most of all, the New Deal inspired a civic, cultural, and economic renaissance.

Unfortunately, the New Deal is fading from the collective memory of Americans — a casualty of time, neglect, and politics.  The Living New Deal is making visible that enduring legacy.

To find out more, click below for briefs on New Deal programs, New Deal leaders, New Deal Inclusion and The New Deal Worked, as well as a timeline of the New Deal. You can also use the pull down menu under “The New Deal” on any page

For a further introduction, see:

R. Walker & G. Brechin, The Living New Deal: the Unsung Benefits of the New Deal for the United States and California (2010)

The original terminal at National Airport in Washington, D.C. was a New Deal project?  Now the airport is named after President Ronald Reagan, whose administration was quite hostile to New Deal policies such as financial regulation and progressive taxation – though, ironically, Reagan was no stranger to deficit spending (especially on the military).  For more information, see the Reagan National Airport project page in our national database of New Deal public works. 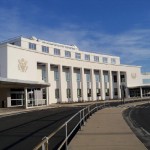 The winning titles and authors have been announced. The 2021 Award, with a prize of $1,000, will be presented at the Franklin D. Roosevelt Presidential Library this summer. Find out how to nominate a book for the 2022 prize.

READ ALL ABOUT IT