Our National Forests, no less than their infrastructure, are a mess after decades of neglect. The Rim Fire at Yosemite National Park last summer made that abundantly clear as it burned over 400 square miles of the Sierra Nevada flank — the largest wildfire in California history — after similar monster wildfires decimated Colorado’s Front Range.

During this fiery summer, Columbia University professor Mark Mazower published an essay in the Financial Times titled “The West Needs A Replacement of the Warrior Spirit“. Mazower seemed to rue the loss of the civic virtue and egalitarian camaraderie that, he asserts, linked warfare in the 20th century to the kind of welfare typified by Roosevelt’s New Deal.

The problem of how a nation sustains political unity in the absence of an external enemy also vexed the American psychologist and philosopher William James, especially once advanced weaponry made it possible for war to erase entire cities, nations, and ultimately the planet. James’s answer was more definitive than Mazower’s rhetorical question “where is the heroism, or the warrior spirit, in wielding a joystick?” 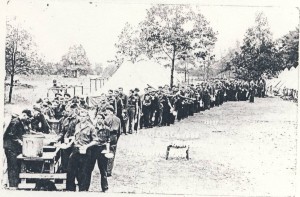 In his influential 1910 essay “The Moral Equivalent of War,” based on a talk he delivered at Stanford University, James recommended that in place of military conscription the U.S. should adopt a “conscription of the whole youthful population to form for a certain number of years a part of the army enlisted against Nature.”

Many feel that James’s essay played a role in FDR’s advocacy for and creation of the Civilian Conservation Corps in 1933. Less adversarial in its approach to nature than James, the C’s were known as Roosevelt’s Tree Army, not only for the forests and wind breaks they planted but for the extent to which three million young men manually managed existing stands of trees; repaired and stocked streams; countered flooding and erosion; constructed fire look outs, and served on fire crews.

Roosevelt and others in his administration often likened the New Deal to a war against want, a battle that constructed rather than destroyed communities and land while it built the self respect of the men and women it employed. 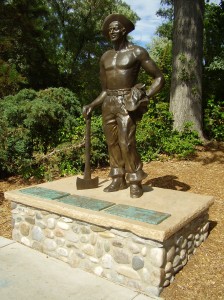 When I read the accounts of CCC vets, I am as struck by the pride and gratitude they carried throughout their lives as a result of their service as I am by their superb craftsmanship in our national and state parks.

That was the constructive surrogate for the warrior spirit of the past that our forests — and our youth — cry out for today.