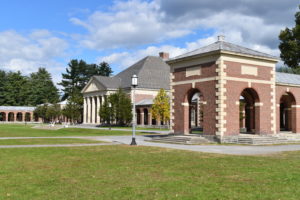 Saratoga Springs has been famous for its mineral waters, for bathing and drinking, for four centuries, and was known to native people long before that.  The town has a rich history of tourism, horse-racing and gambling, and its many springs have been developed commercially and heavily exploited by bottling companies.  In order to protect the springs from over-pumping, the area was declared a New York State Reservation in 1909. Dr. Simon Baruch, a leading exponent of hydrotherapy, guided the Spa’s development in its early years.

In 1928, New York Governor Franklin Roosevelt established a commission to rehabilitate the springs, chaired by Bernard Baruch, son of Simon.  The first reconstruction project, in 1928-30, was the Lincoln Bathhouse to replace an earlier bathhouse that had burned. A monumental cast stone building, it was the first building in the park to exhibit the formal Neoclassical design which characterized later park architecture. Surrounding the Lincoln Baths are a greenhouse shed and eight pump houses. These are pre-New Deal constructions.

In 1931, a large new spa complex was begun using state funds and loans from the Reconstruction Finance Corporation (RFC), established under President Hoover and expanded under President Roosevelt.  The central complex was presumably completed in 1934 (a date carved on the facades of the four main structures) and surrounding buildings and landscaping were finished in 1935.  The New Deal contribution constitutes at least half of the spa complex.  FDR, who had launched the project as Governor, quite naturally came to the opening of the Roosevelt Baths in 1935.

The landscape landscape design was executed by Arthur F. Brinckerhoff.  The four large buildings of the Spa Complex were designed by Joseph H. Freedlander.   Dwight James Baum designed the Victoria Pool and Recreation Center and the State Seal Bottling Plant. Marcus T. Reynolds was responsible for the Gideon Putnam Hotel.

The cruciform layout has a broad north-south mall lined with monumental Georgian Revival buildings crossed by a narrower mall and farther north by an east-west road. The formal pathways, plantings and buildings were designed to draw the eye along the formal vistas. The two most prominent buildings, the Hall of Springs and the Simon Baruch Research Institute feature broad porticoed facades facing one another across a grassy mall and large reflecting pool. Round-arched arcades extend outward from these buildings, further defining the central square. Many inspirational inscriptions about the history and benefits of the spa water are found on the exterior of the arcades.

Just to the south, the Roosevelt Bathhouses I and II also mirror each other across the mall, with formal arcades reaching north on both sides.  Looking up the mall, the eye is drawn to the entrance of the Avenue of Pines, a mile-long roadway lined with towering pine trees leading toward Lincoln Park. Looking south, one sees the meadow and mature forest lying below the plateau.

The view east along the crossing mall ends at the Victoria Pool, a quadrangle of small buildings joined by enclosed arcades, surrounding a 45′ x 105′ swimming pool. With their red brick and limestone trim, columned porticoes, and round-arched openings, the four buildings of Victoria Pool are variations in miniature on the grand Georgian Revival buildings on the mall.

North of the pool across a long greensward is the Gideon Putnam Hotel, surrounded by a large grove of mature pine and deciduous trees. A large but graceful brick building with a three-story piazza on its drive front and a terrace on the garden front, the hotel has the look of a country estate of the period.  West of the north-south mall lies the large, brick Bottling Plant.

All seven major buildings of the Spa Complex are large structures of red brick accented with limestone and exhibiting such characteristic features of the Georgian Revival style as hipped and gable roofs, belt courses, quoining, flat-arched lintels with enlarged keystones, columned porticoes, and round-arched arcades and openings.  The 1930s design for the Saratoga Spa State Park survives with remarkable integrity. The buildings of the park are all preserved in their original exterior appearance, with virtually all their architectural detailing intact.

The Saratoga Spa reservation was designated a state park in 1962. The park today covers 2,300 acres and includes such additions as the Saratoga Performing Arts Center (1966) outdoor swimming pools, two golf courses, picnic areas and more.  The spa was declared a National Historic Landmark in 1987. 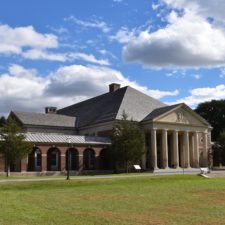 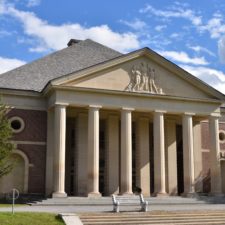 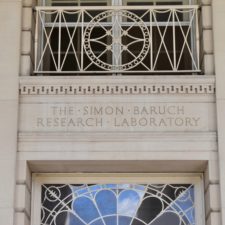 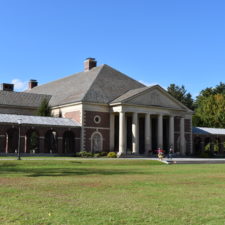 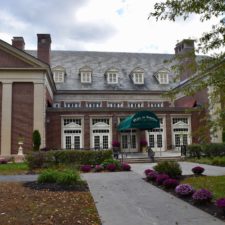 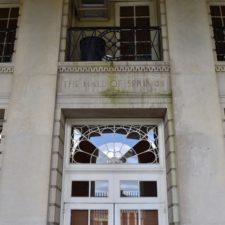 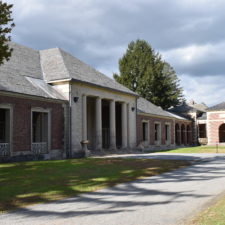 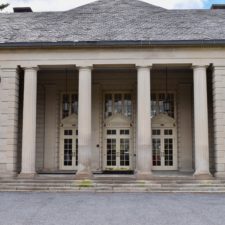 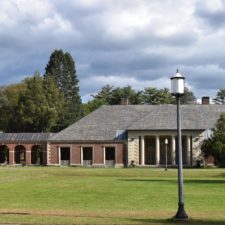 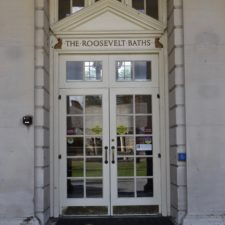 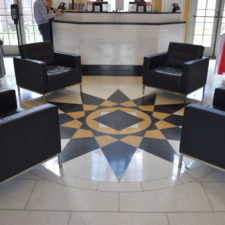 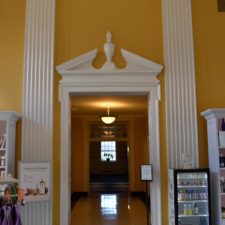 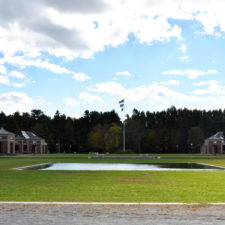 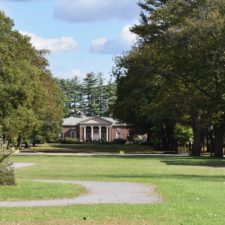 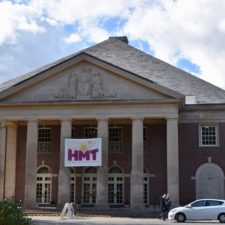 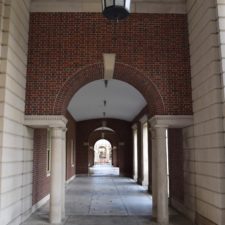 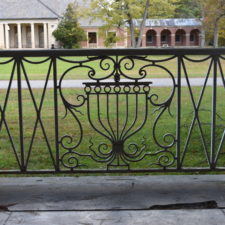 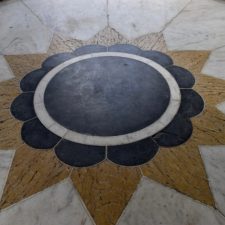 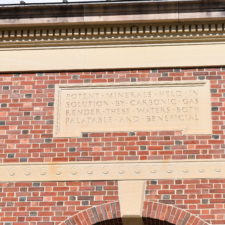 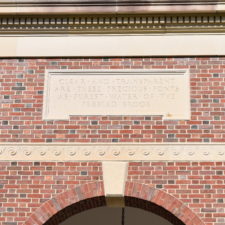 Project originally submitted by Richard A Walker on November 17, 2018.