“The Sagamore Bridge in Sagamore, Massachusetts carries U.S. Route 6 across the Cape Cod Canal, connecting Cape Cod with the mainland of Massachusetts…

The bridge, along with its sibling, the Bourne Bridge, was constructed beginning in 1933 by the Public Works Administration for the U.S. Army Corps of Engineers, which operates both the bridges and the canal. Both bridges carry four lanes of traffic over a 616-foot (188 m) main span, with a 135-foot (41 m) ship clearance. They opened to traffic on June 22, 1935. The design of the Sagamore and Bourne bridges was later copied in miniature for the John Greenleaf Whittier Bridge that connects Interstate 95 from Newburyport to Amesbury.

The new bridges replaced an earlier bridge, completed in 1912, which was built as a drawbridge before the canal was widened (and indeed before the canal opened in 1914, for obvious logistical reasons).”   (wikipedia) 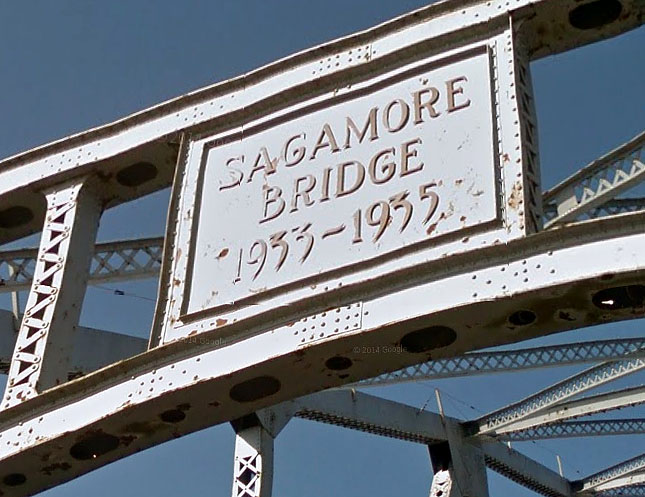