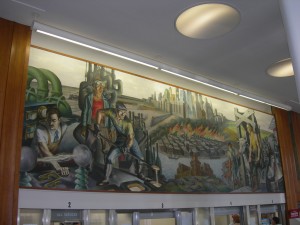 During the Great Depression, the Works Progress Administration was the greatest and most ambitious agency to come out of FDR’s New Deal that employed mostly the unskilled. One sector of the Works Progress Administration (WPA) was the Federal Art Project (FAP), and from that was born the Mural Division. This sought to not only employ artists that were struggling financially, but also to bring art to the public. There were many divisions of the FAP that had similar goals, but the Mural Division had a grand vision, and a lasting legacy. It showcased the talent of many artists in that era with varying artistic styles, visions, and messages. One artist in particular was Harry Sternberg, an American painter from New York.

Harry Sternberg was born in New York City on July 19, 1904, to parents that were European immigrants. He was raised on the Lower East Side before moving to Brooklyn. From an early age, Sternberg was very interested in art. He started classes at the Brooklyn Museum of Art in 1915, and then from 1922 to 1926 he began part-time study at the Art Students League of New York. These many years of study culminated into his future career of etching, printmaking, and painting in 1926, just before the Great Depression. [2]

Sternberg had his first exhibition in 1931, in New York City at the Whitney Museum of American Art. He soon went back to work at his former school in New York where he remained an instructor until 1968. During the time as a teacher, he was also very involved in social issues related to art. He was appointed to the Graphic Art Division of the Federal Art Project, a sector of the WPA. Sternberg spent a year studying the working conditions of coalmine and steel mill workers. This was prominently featured in his first mural ever, “Chicago: Epoch of a Great City” for the Lakeview Post Office in Chicago, Illinois. This mural, like other New Deal post office murals, was actually funded by the Treasury Section of Fine Arts rather than the WPA. [1] [2]

Sternberg traveled to Chicago in 1937 to begin studying the city’s history, culture, work conditions, and architecture. This was used to influence his famous mural for the Lakeview Post Office, which depicts the history of Chicago up to the then current day. [1]

The mural, “Chicago: Epoch of a Great City” has many individual elements that while that show a clear timeline of Chicago’s history. The bottom center of the painting, a focal point, stands Fort Dearborn, which was the first settlement in Chicago. Right above that is a great fire engulfing Chicago, representing none other than the Great Chicago Fire. People flee from buildings to escape the flames that crawl through the streets. Smoke feeds into the fire from the left side of the mural, which represents the industrial side of Chicago. We see scientists, metal workers, and tall smoke stacks. Off in the distance are three separate railroad lines. The farthest of the three trains is a locomotive, which was very typical of the time. The middle most train is an updated commuter train, and the closest appears to be a much more updated commuter train, one similar to modern day Amtrak trains. Sternberg hints at the revolution of trains to come in putting that futuristic train closest to the center of the mural.

Sternberg was sure to include the city’s signature skyline, including many famous buildings known throughout Chicago still today. At the time, the Conrad Hilton hotel was the largest in the world, and that is prominently featured at the front most part of his skyline. Also making an appearance is the Wrigley building, the Art Institute, the London Guarantee building, the Civic Opera House, Hutchinson Tower at the University of Chicago, the Field Museum, and the Water Tower. [3]

The right side of the picture focuses more on the agricultural side of Chicago. Of course at the time, Chicago was known for its vast stockyards of cattle, and the controversial meat industry. Something worth noting is that in this section, and the left hand side of the mural in the steel plant, Harry includes African American workers. Most of the other workers depicted in the painting, and in American art at the time, were white. Sternberg really tried to accurately represent the working conditions of American workers. This move made his work more revolutionary, and helped it keep its relevancy today.

Sternberg’s mural proved to be a lasting legacy of the Great Depression, as it remains one of the better restored murals that survived the Federal Arts Project. Sternberg was quoted saying, “My Chicago mural is still in a very good state. It would be a great loss to our history if the more neglected murals were allowed to further deteriorate”. (Becker, 2002) 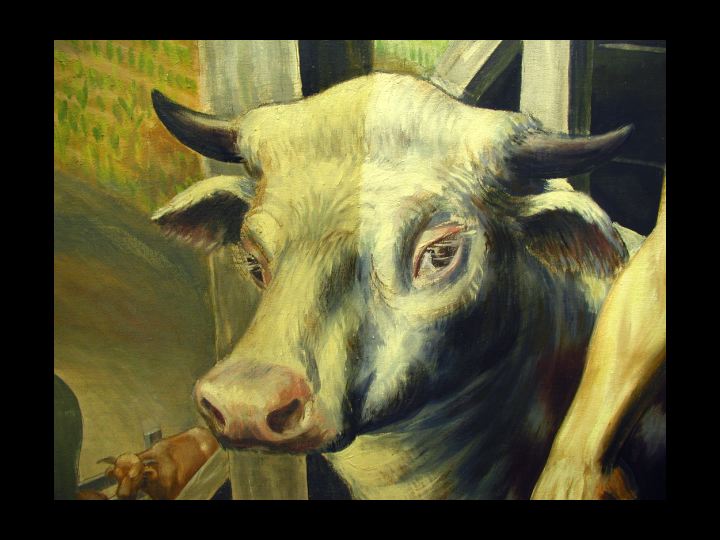 One of the last photos taken of the mural before it was restored.

The mural after it was restored in 2003 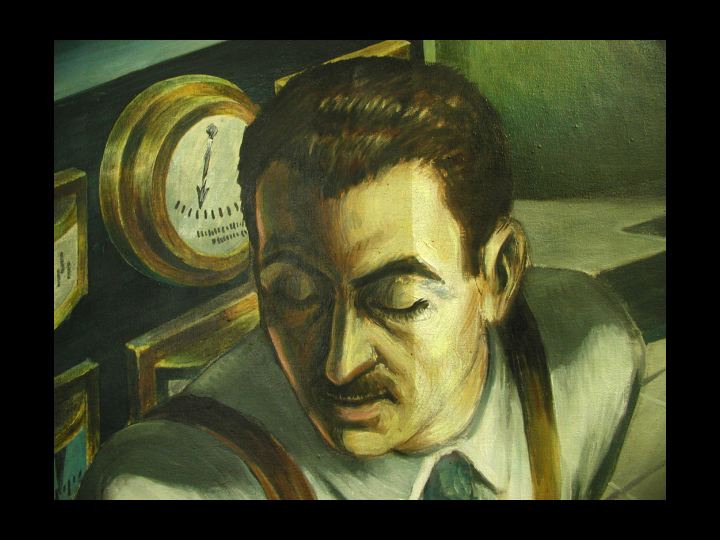 The self portrait of the artist included in the painting 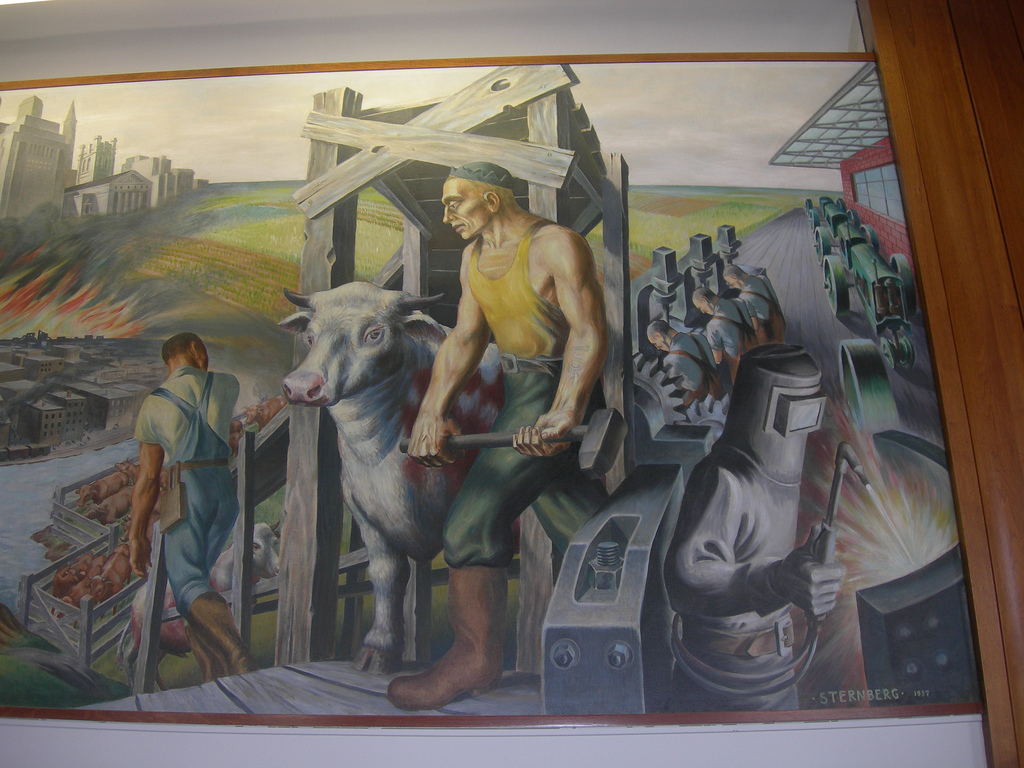