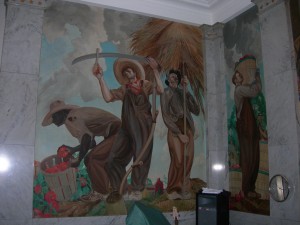 A set of several panels painted by William D. White in 1937 entitled “Harvest, Spring and Summer.” The murals were funded by TRAP for what was then the Dover DE post office and is now the Wesley United Church Education Center.

From the September 9, 1936 edition of the Sunday Star:

“The saga of the life and industries of Kent County is depicted in the mural being prepared for the Dover Post Office by William D. White, of Carcroft, near Wilmington.

“Mr. White is one of the many artists throughout the nation contributing his talent towards the decoration of post office buildings,working for the United States Treasury Department’s Relief Art Project.

“Murals are no stranger to this well known Delaware artist. Under the Civil Works Administration, he did some fine work for the U. S. Veterans’ Hospital in Coatesville, Pa., and has decorated private homes. His specialty, however, has been illustrating and his work has appeared in many magazines. He has illustrated several books, chiefly biographies.

More recently he has attracted widespread attention by his drawings and portraits of children, catching them in delightfully informal poses.

Mr. White is a native of Delaware, and was born in Wilmington. He is a veteran of the World War, having served in the army. He studied at the Pennsylvania Academy of Fine Arts in Philadelphia and is a familiar figure about Delaware. His principle enjoyment is hiking about the countryside, recording his impressions of some character he meets, or an old house or barn.

“The Dover Post Office mural, now nearly finished, is in three sections and depicts the life and industries of Kent County.” (williamdwhite.com) 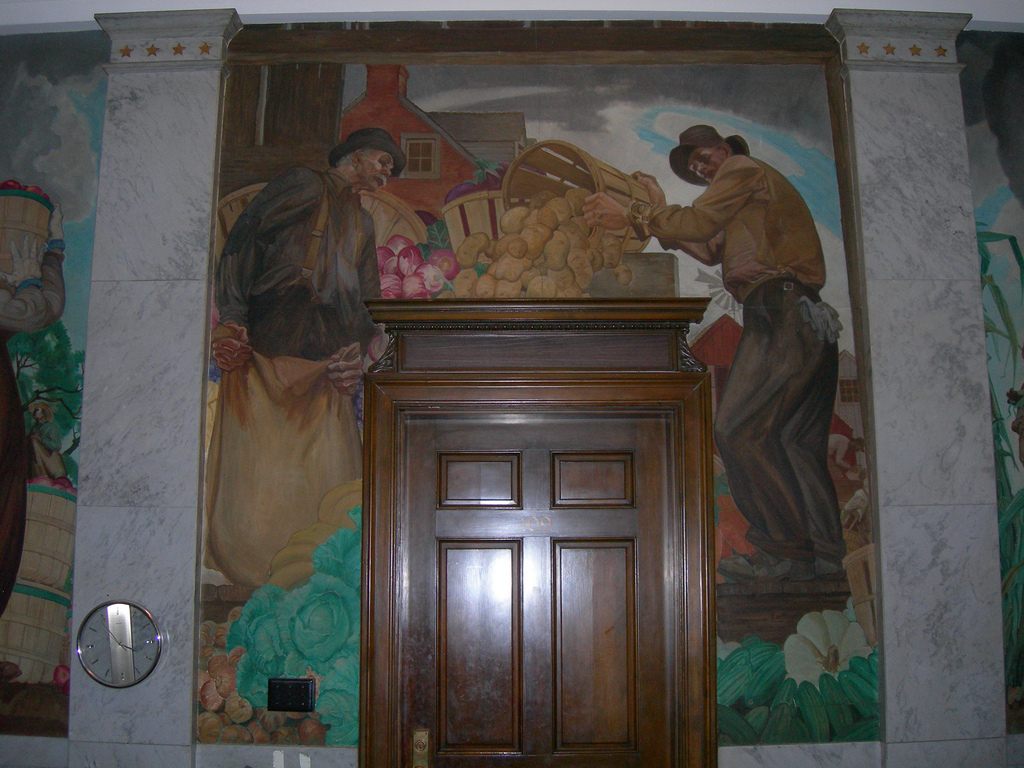