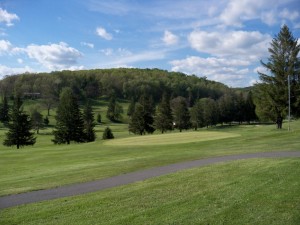 The public golf course in Oakland, Maryland is one of 254 new golf courses created by the WPA during the Great Depression (they reconstructed or improved 378 others).

According to the Golf Club at Oakland:

“On January 7, 1937, over 100 Oakland citizens petitioned Mayor Lawrence M. Fraley and the Town Council to build a golf course. In support of the course were F. D. Bittle, Ralph Towler, and local Works Progress Administration (WPA) chief, Henry Tarring, Jr….On March 15, 1937, federal funding was approved from President Roosevelt’s ‘WPA’ and design of the new golf course began…The original design was a par 34, 9-hole course, which was 3140 yards in length.  Estimated cost was $11,000, with $8,500 funded by the WPA…A partnership was created between the town and the WPA to provide land, funding and construction supervision for the new course. Work began on April 1, 1937, with 75 WPA employed workers…Work progressed rapidly, with the course being completed on September 1, 1937 and open for golfers on October 1st.”

Records held at the National Archives further detail the type of work that the WPA performed at the Oakland Golf Course: 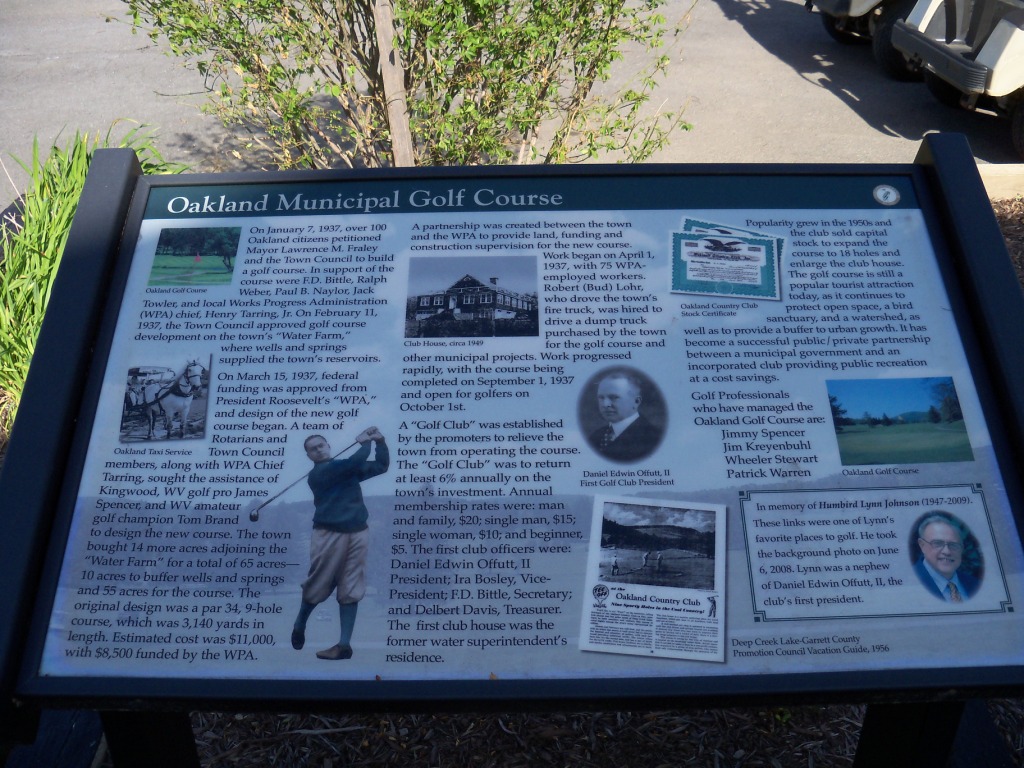