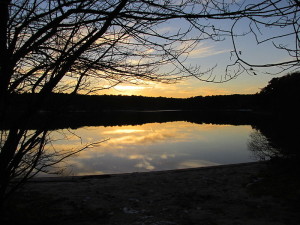 Hathitrust.org: “Extensive developments were undertaken by the Civilian Conservation Corps before the park was opened to the public in 1937. Roads were laid out, forest trails cleared and marked, wells dug, shelters erected, tent floors laid, and parking areas cleared.”