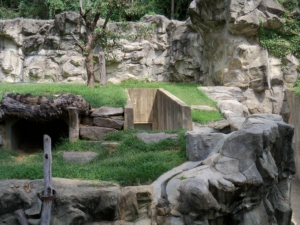 From 1933 to 1941, New Deal relief workers added a number of new animal exhibit areas to the National Zoo, as well as improving existing enclosures.  The following are sketches of the significant work performed at a dozen areas, taken from the Zoo’s annual reports, with the relevant relief agency and years in parentheses.

Many of these exhibit improvements appear to still exist today, as shown in the photographs below.  Further verification is needed, but much of the stone and concrete work is typical of the New Deal era.

Antelope and wild sheep exhibit
“Replacing old and unsatisfactory frame structure by a series of stone shelters and new fence for antelope and wild sheep” (CWA, 1933-1934).  “Work was begun on remodeling the west side of the antelope building, and at the close of the year it was about two-thirds completed.” (WPA, 1940-1941).

Bear exhibit
“An enclosure was constructed between the bears and the road on a site that was for many years unattractive although it was in a very conspicuous location.  This will be suitable for medium-sized animals.  It is also of the barless-moat type of construction on the front” (WPA, 1939-1940).

Big cat exhibit(s)
“Replacing an unsafe wooden floor in the lion house with a concrete-terrazzo floor” (CWA, 1933-1934).  “… finishing of the pouring of terrazzo floors in the lion house and the grinding of terrazzo floors in the entire structure, including the grinding of drains in front of the cages” (FERA, 1934-1935).  “… completion of a stone building 15 by 88 feet, roofing of same, construction of dens in the building and cages outside for the housing of hardy outdoor animals of medium size (this structure is known as the outdoor Cat House and replaces a group of unsightly dilapidated cages formerly on this site); construction of 800 linear feet of stone wall, grading and planting adjacent to the Cat House” (FERA, 1934-1935).

Bison exhibit
“One of the largest of the jobs of [fiscal year 1939] was the grading and excavating of approximately 80,000 cubic yards of earth at what had been known as the buffalo hill.  On this site one large buffalo paddock has been completed.  This is an enclosure 170 by 140 to 150 feet, with a shelter 81 by 20 feet.  On this site are also being constructed four paddocks, of nearly equal size, covering an area 350 by 150 feet.  These four paddocks are of the barless type with dry moats separating visitors from the animals.  For shelter on these paddocks two buildings, one 20 by 40 feet, and the other 20 by 48 feet, have been constructed.  This entire unit is about 95 percent completed” (WPA, 1938-1939).  “Four paddocks about 80 by 150 feet were constructed along the road above the American bison.  These are the barless-pit type without obstruction to the view between the people and the animals” (WPA, 1939-1940).

Camel, llama, alpaca, vicuna, and guanaco exhibit
“Five paddocks were constructed across from the large-mammal house. These average about 50 by 60 feet and are designed to accommodate the American representatives of the camel family, llama, alpaca, vicuna, and guanaco.  These paddocks are likewise of the barless-pit type and can accommodate a considerable variety of animals in addition to those listed above” (WPA, 1939-1940).

Giraffe exhibit
“A cage is being constructed to house the pair of reticulated giraffe.  This will give them a cage with a higher ceiling as well as a larger outdoor enclosure” (WPA, 1940-1941).

Mountain sheep exhibit
“Finishing of the mountain-sheep mountain and erection of fence around it” (FERA, 1934-1935).

Raccoon, prairie dog, and cavy exhibit
“A group of circular enclosures, making an exceptionally fine exhibition place for raccoons, prairie dogs, and cavies, have been constructed between the small mammal house and the antelope building.  These are about 50 feet in diameter with concrete side walls on two of them about 3 feet deep and the other, for prairie dogs, with side walls in the ground about 10 feet and provision for bottom drainage” (WPA, 1938-1939).

Swan, cormorant, and pelican exhibit
“… construction of a concrete pool of irregular shape 20 by 60 feet and 2 feet in depth, partially surrounded by a shallow moat, low concrete wall and guard rail (for swans, cormorants, and pelicans), and planting of trees and shrubbery adjacent thereto” (FERA, 1934-1935).

Waterfowl exhibit
“A series of four waterfowl ponds was constructed across the road from the old waterfowl pond. The pools are cement-lined, but from a few inches below the water level to above the water level they are faced with stone to represent an ideal section of the geology of this region.  The placement of the stone was done under the supervision of Dr. Ray S. Bassler, Head Curator, Department of Geology, National Museum.  The entire area, which is much larger than the old waterfowl yard, is enclosed by a low fence.  This is one of the most attractive additions to the Park in many years; it will accommodate a far greater number and variety of waterfowl than it has ever been possible before to exhibit, and in addition it is so situated that it will be seen by practically all persons visiting the Zoo” (WPA, 1939-1940).  “The series of four waterfowl ponds was completed, and birds transferred there on July 29, 1940.  This now makes one of the most attractive outdoor exhibits in the Zoo.  It is especially so when viewed from the terrace of the new [PWA-funded] restaurant” (WPA, 1940-1941). 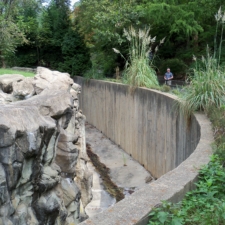 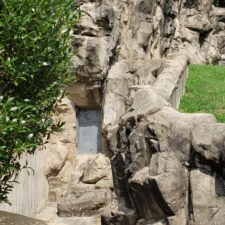 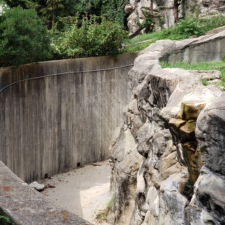 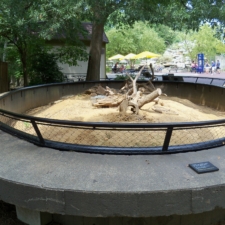 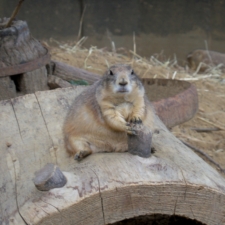 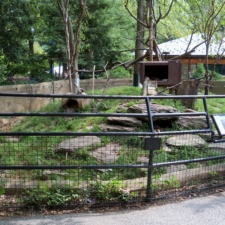 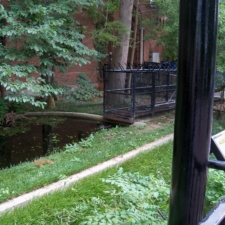 Project originally submitted by Brent McKee on May 25, 2013.