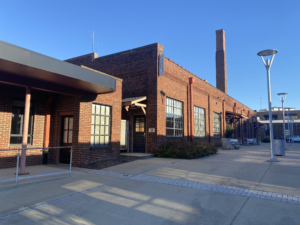 The former Municipal Public Works Garage Industrial District is comprised of six single-story, brick buildings built c. 1940. The garages are on the west bank of the Cumberland River, in Nashville. Buildings 1 through 4 run lengthwise northwest to southeast while Buildings 5 and 6 run northeast to southwest.

All six buildings are constructed of red, load-bearing brick and have concrete slab foundations. Each building measures approximately twenty feet high and features a curved, bow truss roof hidden behind a stepped parapet wall on the façade. The buildings share a running brick bond pattern and many other architectural details, linking the buildings like an industrial park. Each building features slightly recessed panels that are the height and width of a typical garage door opening. Whether or not a garage door is actually present, this feature gives the buildings their industrial garage style. Windows and doors vary slightly from building to building due to later alterations and additions, but most feature a metal six-light pivot window set within a multi-light fixed window.

The garage district is situated in a former industrial part of the city that has been rezoned for residential and commercial use.  Overall, the district retains its architectural and historic integrity.  These buildings have recently been rehabilitated as mixed-use space, including creative and flexible office space and a restaurant.

The six garages are listed on the National Register of Historic Places, along with a stone wall that predates and surrounds the district. 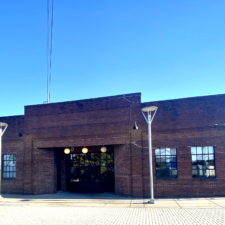 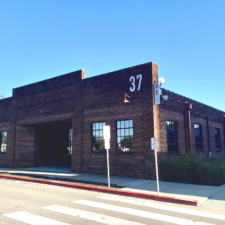 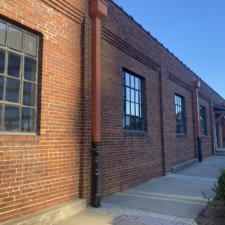 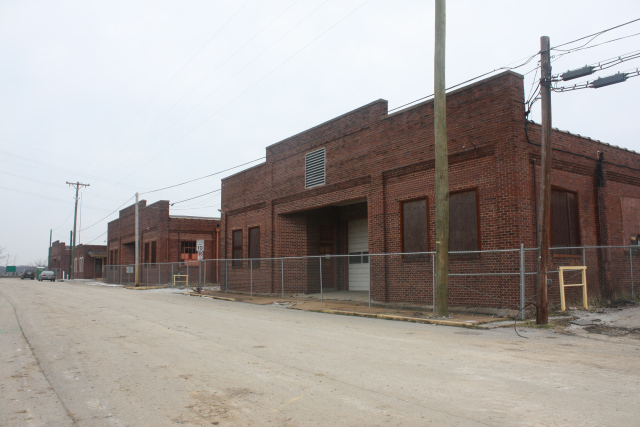 A picture of the garages in 2010 when rehabilitation had just begun.

Garage and smokestack in 1953 (left; courtesy of Metro Nashville Archives) and in 2010 (right).

Aerial views of the property from about 1930, before the garages were built (left), and about 1956 (right).