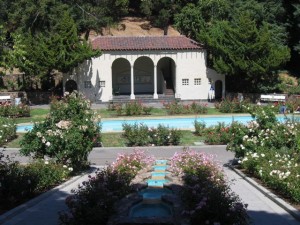 The Morcom Amphitheater of Roses – originally known as the Municipal Rose Garden – is one of the grandest city rose gardens in the country.  It began as a project of the Oakland Businessmen’s Garden Club in 1930 and the main force behind it (and the later Berkeley Rose Garden) was Dr. Charles Vernon Covell, a dentist and member of the Garden Club.

The garden lies in a natural bowl in the foothills of Oakland, a 7.5 acre site purchased by the city in 1915 as Linda Vista Park. The design is by Arthur Cobbledick, a member of the Garden Club, who laid out a formal plan inspired by the gardens of Italy.

The garden has three sections.  The Jean Street entrance on the south end welcomes visitors with a classical curved colonnade, backed by stone walls, and a rose-lined walkway, flanked by a small service building.

The middle section features a reflecting pool encircled by rose beds and an elegant 14-step cascade down the hillside to the west.  Above the cascade  is an octagonal wedding terrace in stone and more rose beds.  Facing the pool and cascade from the east is a Mediterranean style loggia, which serves as an office and storage space.

A large Florentine oval garden at the north end has terraced flower beds rising on all sides, held in place by elegant rock walls. Access is possible from every direction by stone stairways, and path wend their way among the trees above the garden.

As the Tribune described various improvement made around the city in 1934, “Great economy has been observed by the city government and few actual improvements have been made except those done by the PWA and SERA.”  (Jan. 1, p 14).  In any case, the Works Progress Administration (WPA), which was only launched in mid-1935, would not have played any role in the gardens, despite being credited by the Oakland Heritage Alliance and by an historical marker near the park entrance (which puts the date in 1932, before the New Deal!).  The official brass plaque for the gardens makes no mention of New Deal aid. Wikipedia has both the date and the agency wrong, as well.

The name of the garden was changed in 1954 to honor former Oakland Mayor Fred Morcom. The park has been refurbished at least twice, in the 1950s and 1990s, with many of the old roses (some going back to the 19th century) being regrafted on new rootstock. 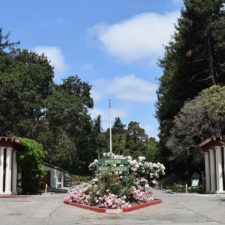 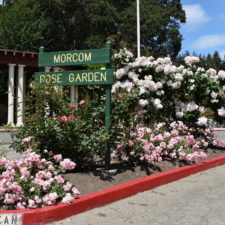 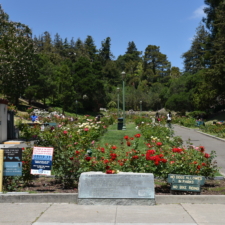 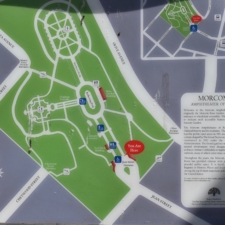 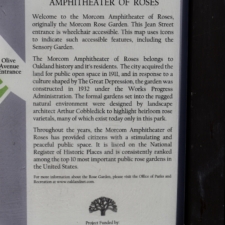 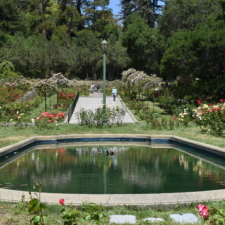 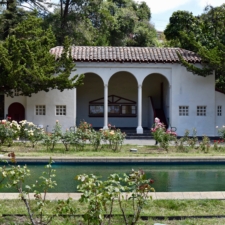 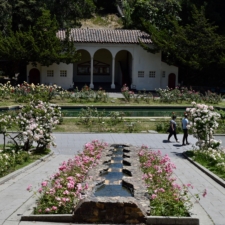 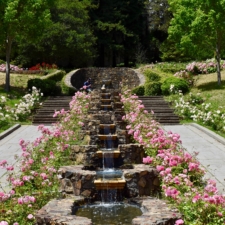 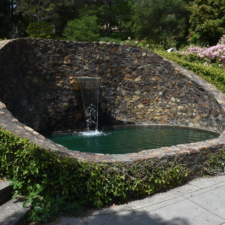 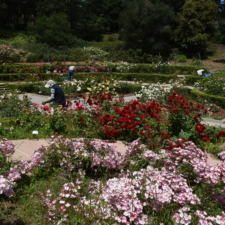 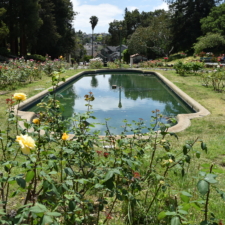 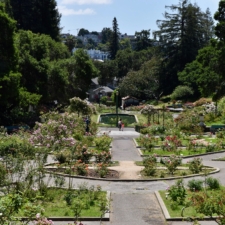 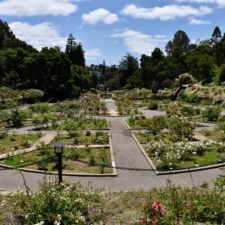 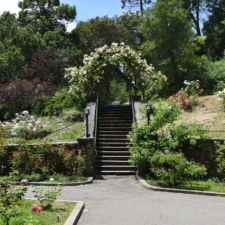 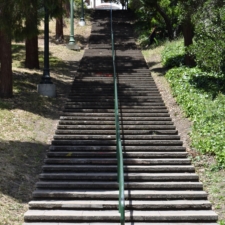