In particular, Crow Hill Pond, a ten-acre pond located on state Route 31 on the western side of the forest, was the site of many projects. Crow Hill Pond was the work site of the 197th company of the CCC during the years 1936-1938. Captain Dixon led the 197th company. Camp SP-13 in Fitchburg, Massachusetts housed several local companies of 200 enrollees each who worked in the surrounding locations. Their barracks were actually situated in Westminster, Massachusetts, and nicknamed “Notown” after an unincorporated settlement from the 1830s.

The CCC at Crow Hill Pond was responsible for transportation improvements which included building roads and fixing trails for hiking. They built bridges and culverts to control water flow and automobile access. Another big project was to enhance the fishery and stock native species. During this time the CCC made improvements with erosion control which included building the dam, which helped create the Crow Hill Pond, and it is also possible that it was used as a fly fishing site.

The 197th company was largely responsible for landscape beautification and recreational development. Within recreation development they created parking lots, beaches, picnic areas, and campgrounds. They also were responsible for forest silviculture in which they replanted around one thousand trees and native shrubs. In addition to replanting native trees and shrubs, the 197th Company completed over four hundred acres of timber stand improvement, which includes thinning trees, clearing undergrowth, and removing invasive species. These men also managed to clear two miles of roadside, and two and one half miles of trailside.

In 1938 a hurricane hit the Crow Hill Pond area. After the Hurricane hit, the Civilian Conservation Corps restored their original work a well as doing additional relief and recovery work. The men worked on cleaning up fallen trees to limit the fire hazard just like they had done in other areas to help stop the spreading of fire. They used the fallen trees as salvaged timber.

The Civilian Conservation Corps was also concerned with insects, so they performed gypsy moth control. When performing moth control, they sprayed over 500 acres of roadside trees, and moved many trees out of gypsy prone area to stop the spreading and infection of trees.

Though not always obvious, much of the CCC’s work at Crow Hill Pond remains in place. Visitors can still see the earthen dam, the large pond-side beach, and the set of stone steps leading to Crow Hill Trail and ledges where people enjoy rock climbing. Across from the beach, stone culverts let the water from the pond go under the road, to avoid flooding. 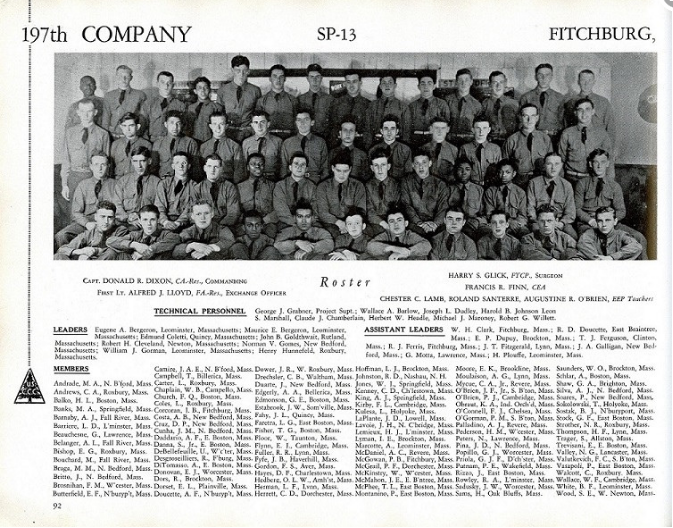