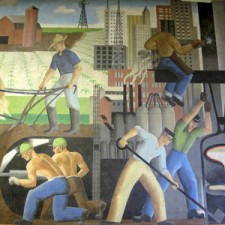 This site originally displayed four oil on canvas murals, entitled “American Characters,” painted by Mildred Waltrip in 1938 with funding from the WPA Federal Art Project. Two of the murals were removed in 1995 and placed in storage after a debate over controversial depictions of African-Americans and American Indians. From the Chicago Tribune story on the controversy:

Two 1936 murals at an Oak Park elementary school touched off a 90-minute debate at a school board meeting this week, with some parents and educators demanding the murals be removed, while others argued to keep them as a caution against racial stereotyping. Several parents of Hatch pupils have complained about the murals. One mural portrays black people as slaves and as spear-carrying, loin-cloth clad people with large lips, and the other depicts Native Americans as arrow-shooting attackers. Critics contend the murals-two of four Depression-era works at the school-are offensive, reinforce stereotypes and encourage racist attitudes… While the murals might have good historical context for older students, “I have concerns about leaving them there. Times change, and schools are not museums,” [District 97 School Superindendent John] Fagan said. (http://articles.chicagotribune.com/1995-02-10/news/9502100336_1_murals-hatch-school-school-board-meeting) 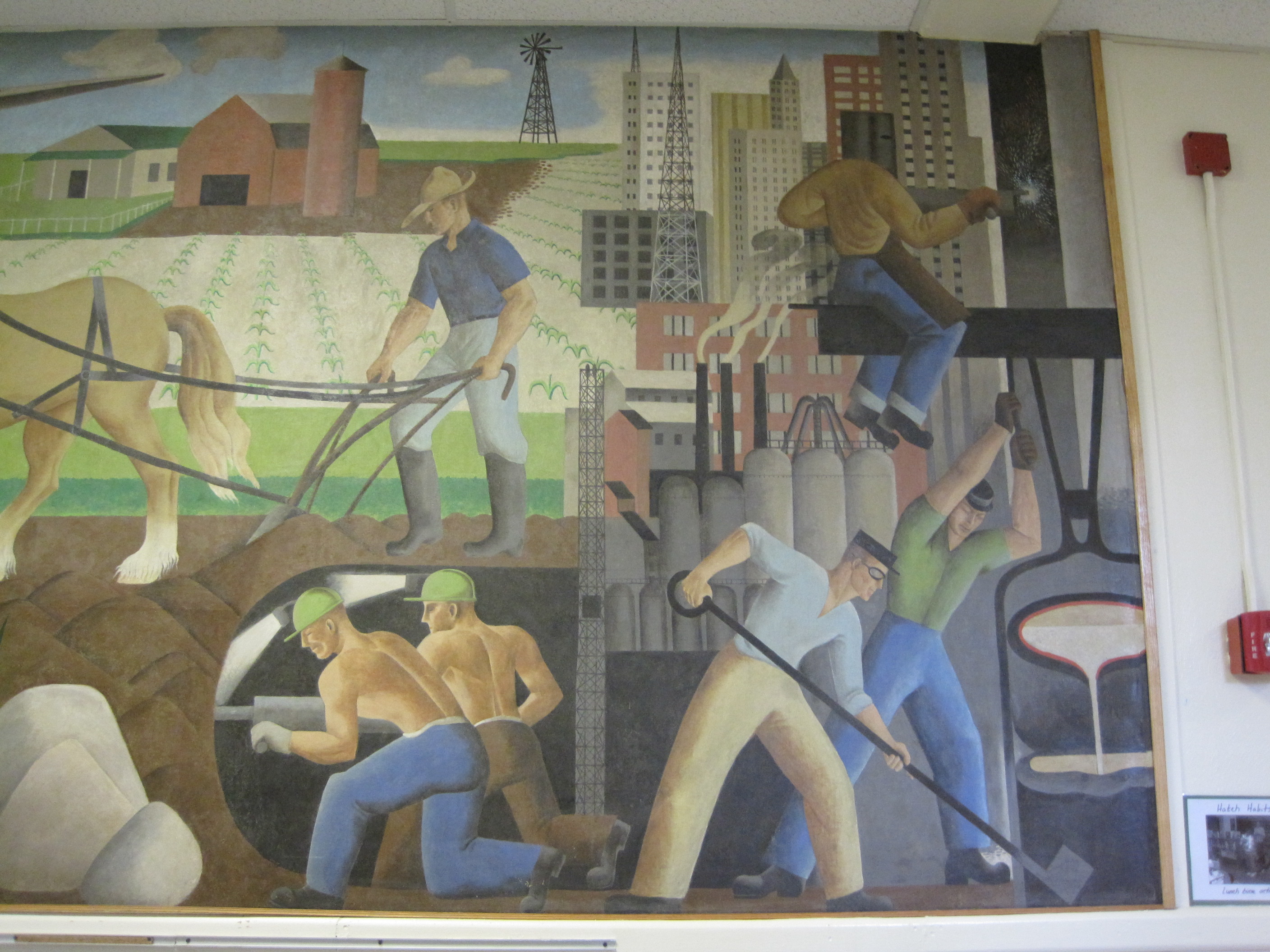