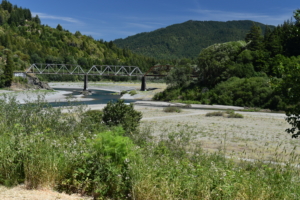 Humboldt Redwoods State Park was established in 1921 with purchases of some of the last remaining Old Growth stands of Coast Redwoods by the Save the Redwoods League. It has since been expanded several times and now includes over 51,000 acres, of which 17,000 are old growth redwood stands.

California did not establish a state parks system until 1928, and little improvement work had been done at Humboldt Redwoods before the New Deal.  When the Civilian Conservation Corps (CCC) arrived at Dyerville camp in 1933, the young men got to work right away developing the state park.

The first camp was at Dyerville, a tent camp built by CCC company 1607 at the junction of Bull Creek and the South and Middle Forks of the Eel River. The site turned out to be a poor choice because a flood on the Eel River carried away most of the camp in the winter of 1936-37. A historical marker on the bluff overlooking the former site acknowledges the CCC camp and its contribution to the development of Humboldt Redwoods State Park.  It also notes that the town of Dyerville was subsequently swept away in the epic floods of 1955 and 1964, and its former site lies beneath 30 feet of sediment – making the former townsite into a bluff.

After the flooding of 1936-37, the CCC camp was relocated south to Burlington, at the present site of the park headquarters.  The exact configuration of the camp at Burlington is unknown to us.  It might have occupied part of the area now taken by the Burlington campground.  Further confirmation is needed on that.

The CCC enrollees had earlier built a recreation hall and worked on cabins at Burlington behind the visitors center. The hall is still there and other remaining buildings are clearly interwar vintage, possibly CCC.  Verification is needed.

Apparently, in 1939 the CCC picked up again and established a third camp at Stephens Grove near Weott, before closing down operations in the park in 1940.  The latter information is uncertain, with Engbeck and O’Hara & Stockton giving slightly different dates.

CCC companies posted in these camps did a huge amount of development work on the state park.  The enrollees built an open-air dining area, remodeled the park museum building and some rental cabins. They rebuilt the park entrance road and installed a new park entrance, as well as constructing roads up to Grasshopper Peak and from High Rock to Horse Prairie across the Rockefeller Forest.  They built campgrounds and picnic areas at several sites, each with access roads, trails, parking areas, utility buildings, tables, benches, stoves, cupboards, and a water system. And they fought fires and helped with flood evacuations, as needed. 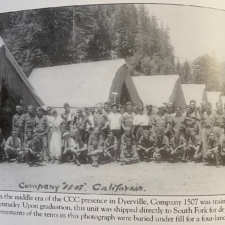 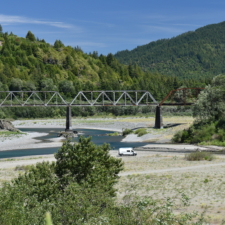 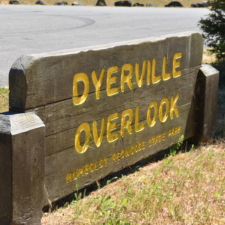 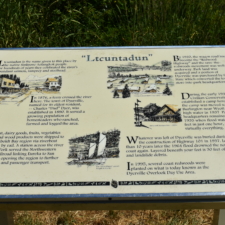 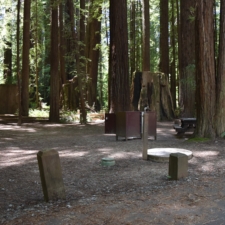