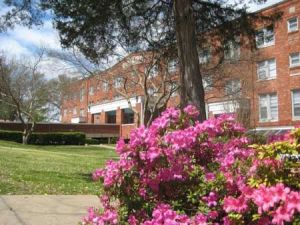 Belvin Hall was the first student residence constructed on the campus of Sam Houston State University, then called Sam Houston State Teachers College. With an occupancy of 92, the building has remained a women-only residence since it opened. The Public Works Administration financed the four-story red brick building with a $150,000 grant and loan package.

The college built on an addition called Buchanan Hall in 1945 to support the increasing population of the school. Now known as Belvin-Buchanan Hall, the combined structure houses 209 girls.