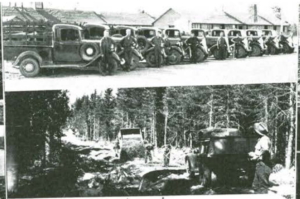 The current Deer Lake Campground in Township34 ME is the location for the Beddington CCC Camp.

“On May 1935, a cadre of men from Bar Harbor moved into the woods, thirteen miles off the Airline, a road running across country from Bangor to Calais, and pitched tents on the shore of Deer Lake, situated in Township No. 34. The construction began under the command of Lt. Tuttle, assisted by Lt. Wyman. From this cadre grew the 1127th Co., and near the latter part of July the Forestry department moved in under the supervision of B. C. Marsh and with them our Educational Adviser and a Co. Dr. H. Abkowitz, and until the latter part of August the personnel remained the same. In August Lt. Wyman was replaced by Lt. Augustine (Mess.P.X. Trans) and in August Lt. Tuttle was replaced by Lt. Douset, who took over command. On Oct. 3rd, Lt. Alexander (Mess.P.X. Trans.) from Princeton, Me. exchanged places with Lt. Augustine, and Lt. Decker (P.X.) was added to the staff, making the 1127th a three officer Co. The main work commenced by the men of the 1127th Co., was that of road building. The project being to continue the Myra truck trail and connect the town of Beddington with that of Old Town, a project which speaks for itself, and to construct a fire trail from the Myra truck trail starting at Deer Lake, to the fire tower on Mount Nicatous. Besides road building this camp is active in fire fighting and played an important part in such during the summer of 1935-1936. On Dec. 5, 1935 Capt. Currie replaced Lt. Douset who resigned and moved to Florida. In Dec. 1935 Lt. Decker (P .X.) withdrew in favor of Lt. Kinsley (P.X.) 1127th COMPANY On March 3rd, 1936, Lt. Kinsley withdrew from the field and the 1127th Co., went back to the ranks of a two Officer camp. Thus the Army personnel has remained, with Capt. Currie in command, and Lt. Alexander acting as mess Officer and Post Exchange Officer. Due to the location of our Camp it is difficult to carry on a well balanced schedule but the camp is represented by a baseball nine which played the surrounding towns and made a name for itself. A basketball team has been organized and has taken part in many hard fought contests. We are also represented by a boxing team, the members of which have brought back several championships in CCC boxing tournaments.”

Bruce Packard of Guilford relates his duties ” I joined the C.C.C. in June 1935 at Beddington Deer Lake Camp. We worked exclusively on culverts and bridges on road built from Route 9, the “Airline” to the town of Myra, near Milford and Old Town. Two Hundred men from our camp plus several hundred from other camps fought forest fires south and east of Nicatous Lake for nine days.” 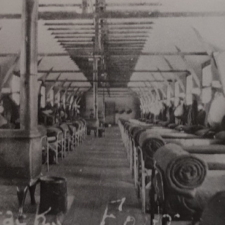 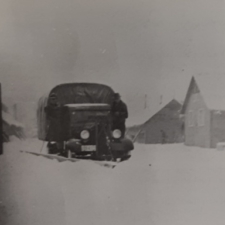 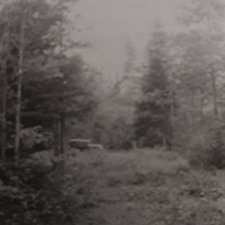 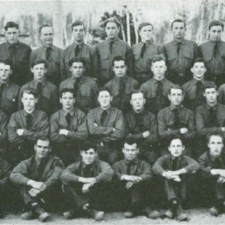 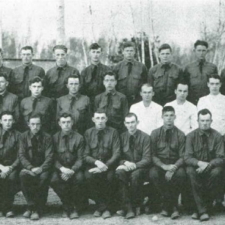 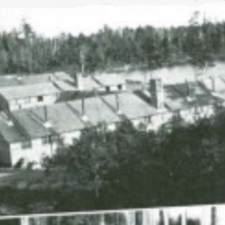 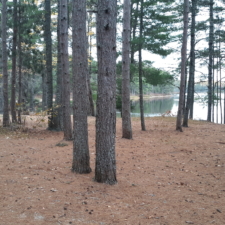 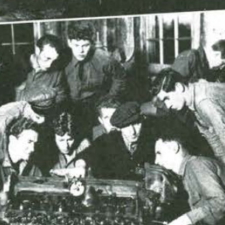 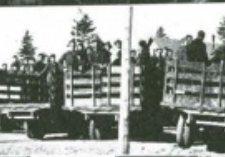 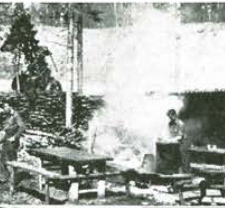 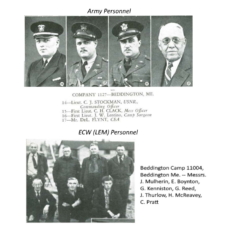 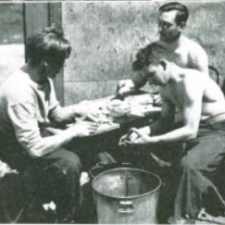 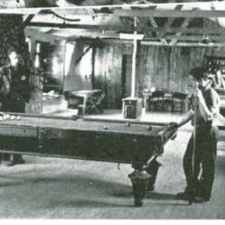 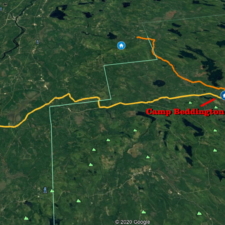 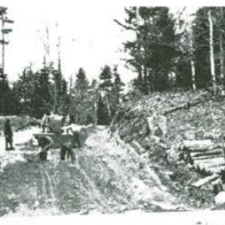 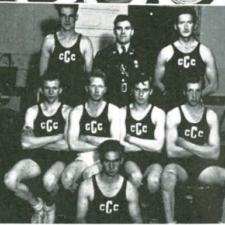