The American Guide Series, produced by the Federal Writers’ Project, is one of the most well-known WPA projects. Written as a collection of travel guides, the series included suggested tour routes as well as essays on the history and culture of each U.S. state and territory. Major U.S. cities and several regions were also given their own separate guidebooks.

The state guides give a fascinating snapshot of American life in the 1930s. Written in a lively and approachable style, they detail and celebrate the rich diversity that our country displayed at that time. The writers’ enthusiasm is infectious and their guide is as much fun to read today as it must have been for travelers in the 1930s.

Several historians have written about the American Guide Series over the past 80 years, but no one, to my knowledge, has used them as current-day travel guides. That is just what I set out to do. I am an American historian, art photographer, and enthusiastic traveler. I have read each of these guides. I love them for their wonderful enthusiasm and their curiosity about every aspect of regional life—from food, to linguistics, to folklore, to statistics, to geography, to environment, to history—and especially for their liberal attitudes and respect for diversity. In this series, I will be posting photo essays and articles based upon tours recommended in the guides.

The Outer Banks of North Carolina are stunningly beautiful and, for the most part, their gorgeous beaches are replete with summer homes and tourist attractions.  A notable exception to the crowds and hustle is the small town of Southport, just inland on the Cape Fear River. Little changed from its colonial era founding, Southport is relatively modest, masking its extraordinary history. For a small town, a lot happened here.

“Southport, the seat of Brunswick County, [is] on a beautiful estuary of the Cape Fear River with bathing beaches; still- and deep-water fishing and  hunting. Founded in 1792, it [is] was midway between New York and Florida on the Intracoastal Waterway. Sea breezes make the summers cool, and proximity to the Gulf Stream tempers the winters. The town is attractive with groves of wind-swept live oaks, spiny Mexican poppies growing along the streets, and a profusion of western gaillardia and sea evening primrose.”

But drama lies beneath the placid aspect of today’s Southport. The town intersected with the sweep of history in 1718. Just offshore from Southport is Bald Head Island which forms Cape Fear, a dangerous location for ships, which the Guide described in romantic detail:

“The extreme tip of Bald Head Island forms the dread CAPE FEAR, the “promontorium tremendum.”  FRYING PAN SHOALS, 20 miles off Cape Fear, marked by a lightship, are among the most dangerous along the coast. Cape Fear [was] described by George Davis in 1879 in the South Atlantic Magazine:

‘Looking then to the Cape for the idea and reason of its name, we find that it is the southernmost point of Smith’s Island, a naked bleak elbow of sand jutting far out into the ocean. Immediately in its front are Frying Pan Shoals pushing out still farther 20 miles to sea.

Together they stand for warning and woe; and together they catch the long majestic roll of the Atlantic as it sweeps through a  thousand miles of grandeur and power from the Arctic towards the Gulf. It is the playground of billows and tempests, the kingdom of silence and awe, disturbed by no sound save the sea gull’s shriek and the breakers’ roar.

Its whole aspect is suggestive, not of repose and beauty, but of desolation and terror. Imagination cannot adorn it. Romance cannot hallow it. Local pride cannot soften it. There it stands today, bleak and threatening and pitiless, as it stood three hundred years ago when Grenville and White came near unto death upon its sands.

And there it will stand bleak and threatening and pitiless until the earth and sea give up their dead. And as its nature, so its name, is now, always has been, and always will be the Cape of Fear.'”

In the early 1700’s, Cape Fear’s combination of danger to navigation and a river which afforded numerous creeks in which to hide drew notorious pirates to Southport where they preyed upon ships in the region.

In 1718, the pirate Stede Bonnet was hiding out in oner such  creek in his vessel, the “Revenge.” Bonnet, who customarily dressed in stylish clothes and wore a powdered wig, was nicknamed “the Gentleman Pirate.” Formerly a sugar plantation owner in Barbados with no experience as a sea captain, Bonnet inexplicably took up piracy in 1717. Unlike most pirate captains who obtained their ships through capture, Bonnet bought his ship with his own money and outfitted it himself.

Bonnet first sailed the Revenge to Virginia to raid English ships. Later that year, he met Edward Teach (“Blackbeard”), the most feared pirate of his day and they set off to cruise together. Taking advantage of Bonnet’s inexpertise, Blackbeard betrayed Bonnet, taking command of his ship and holding him captive. When they reached North Carolina, Backbeard stripped and abandoned the Revenge and sailed away, leaving Bonnet and his crew stranded on a small island in the Cape Fear River.

Bonnet make repairs to his boat and resumed his raids. By the fall of 1718, the Governor of South Carolina had had enough. On September 26, he commissioned William Rhett to take two ships, “The Henry” and “The Sea Nymph,” to Southport to find and capture Bonnet.

Rhett and Bonnet battled for twenty four hours. When the Revenge became trapped between Rhett’s two ships, Bonnet ordered his crew to blow her up. They refused and instead surrendered to Rhett. Bonnet and his crew of 29 were captured and imprisoned in Charleston. Somehow Bonnet managed to escape by dressing in woman’s clothing but he was soon recaptured.

On November 8, 1718, all 29 of the crew were hanged and their bodies thrown into Charleston Harbor (Guide, p. 290). After a protracted trial at which Bonnet defended himself, he was found guilty of piracy and on, December 10, holding a cluster of flowers “in his manacled hands,” he too was hanged.

Today, Bonnet’s Creek looks much as he left it 300 years ago: nearly invisible from the shoreline and from the road that leads to town. If not for the historical marker set in a grove of trees across the road, one would never guess that such a quiet setting had been the scene of a fierce battle and the demise of a legendary pirate. 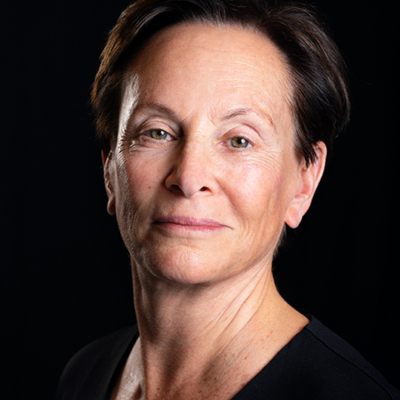 Fern L. Nesson is a graduate of Harvard Law School and received an MA in American History from Brandeis and an M.F.A in Photography from the Maine Media College. She lives in Cambridge, Massachusetts. She practiced law in Boston for twenty years and subsequently taught American History at the Cambridge School of Weston and the Commonwealth School in Boston. She is now a Post-graduate Fellow and an Artist-in-Residence at the Maine Media College and an Associate at the Optical Lab at the MIT Museum. Fern wrote Great Waters: A History of Boston’s Water Supply (1982) and Signet of Eternity (2017). She is currently working on a combined history and photography book on the WPA’s American Guide Series. Her photographs have been shown in galleries in Massachusetts and Maine, at “Les Rencontres de la Photographie” in Arles, France and at the Center for Maine Cotemporary Art. Her work appears on the Living New Deal website as well as on the Global Voices and Berkman-Klein Center at Harvard Law School websites. Fern’s photography work can be found at www.fernlnesson.com.