From a recent op-ed by Paul Krugman in the New York Times:

” … F.D.R. had his New Deal; well, Mr. Obama has his Big Deal. He hasn’t delivered everything his supporters wanted, and at times the survival of his achievements seemed very much in doubt. But if progressives look at where we are as the second term begins, they’ll find grounds for a lot of (qualified) satisfaction. 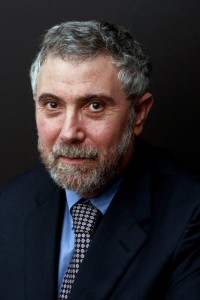 … What about inequality? On that front, sad to say, the Big Deal falls very far short of the New Deal. Like F.D.R., Mr. Obama took office in a nation marked by huge disparities in income and wealth. But where the New Deal had a revolutionary impact, empowering workers and creating a middle-class society that lasted for 40 years, the Big Deal has been limited to equalizing policies at the margin.

That said, health reform will provide substantial aid to the bottom half of the income distribution, paid for largely through new taxes targeted on the top 1 percent, and the “fiscal cliff” deal further raises taxes on the affluent. Over all, 1-percenters will see their after-tax income fall around 6 percent; for the top tenth of a percent, the hit rises to around 9 percent. This will reverse only a fraction of the huge upward redistribution that has taken place since 1980, but it’s not trivial. ….”

Read the full article on the New York Times site.