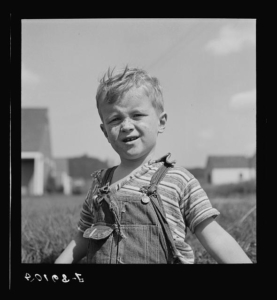 The river winds from its Appalachian headwaters down the Tygart Valley in West Virginia, where a road known as the Seneca Trail takes snowboarders and hikers to and from Snowshoe’s year-round resort. Nearby, nestled in the crook of the valley’s elbow, are three New Deal homestead towns—Dailey, East Dailey, and Valley Bend.

Between 1933 and 1935 the federal Division of Subsistence Homesteads (DSH) gave those displaced by the Great Depression the chance to build new homes on small plots of land that would allow them to grow food and sustain themselves. Residents were chosen for their skills to build, farm, and operate businesses. The program left a legacy of affordable and sustainable housing and community-serving buildings, constructed by the residents themselves. Of the thirty-four New Deal communities created under the DSH, the Tygart Valley homesteaders are the only ones to fully repay the government loans that enabled them to resettle here. 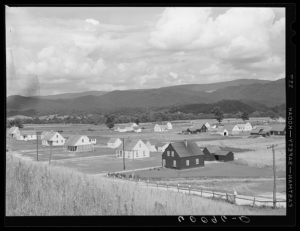 While some of the original community buildings are empty and in need of repair, all but two of the 198 original homes remain occupied. They are easy to spot—A-frame and Dutch-style plaster-and-wood frame houses on one-to-two acre lots with garages, outbuildings, and an obvious mound of earth on one side indicating a root cellar for canned goods.

The Homestead School in Dailey operated until 2017 when a straight wind ripped the roof off the gymnasium and dumped it on top of the school’s cafeteria. Repairs took time; students were bused to nearby communities. Last year the community lost its battle to re-open its school, but the building is being re-purposed as a community center. A vacant kindergarten classroom still holds supplies and the community-built furniture that served generations of students, parents, and valley residents.

A woman who grew up in Dailey showed me around her homestead. She was proud of the beautiful wood floors, generous shelving, walk-in closets, and the ingenious hidden storage in a hinged stair near the bottom of the staircase. She shared memories of her school days, the community band, the little shops in the town center. 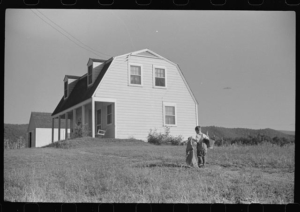 The town once housed a restaurant, a lumber mill, a dentist’s office, a beauty shop, a dance hall, post office, cooperative store, community weaving and woodworking areas and a toolshed. Various businesses, including the original post office, still operate, though the lumber yard, which recently changed hands, has closed.

President Roosevelt and First Lady Eleanor repeatedly visited the region to help nurture the Preston County, Randolph County, and Putnam County communities that were hard hit when the once-roaring coal and timber industries came to a halt in the Depression. West Virginia remains among the nation’s poorest states. Yet, part of its wealth is the musical, dance, and cultural traditions that document collective labor’s still-powerful voice, heard in the recent 55-county-strong teachers’ strike. 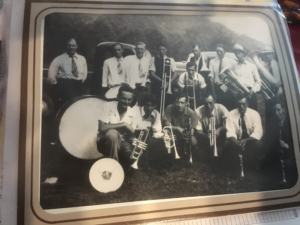 During the Great Depression, government recognized that people need jobs, room for their families and belongings, recreational and educational opportunities, and to be treated with dignity. The longevity of the homestead communities makes the success of that commitment clear. These hard-scrabble towns worked hard for what they have and offer a living example of what people working together can create out of sensible, practical government policy.

Please visit, if you can, the Rennix Flowers shop along the Seneca Trail (5179 Seneca Trail, Valley Bend, WV, Rt. 219). It is a great place to chat with residents trying to gather support for the homesteads’ history.

The website of the Tygart Valley Homestead Association describes the effort. 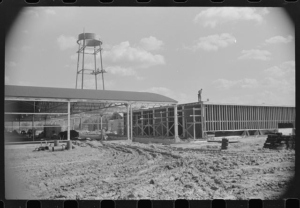 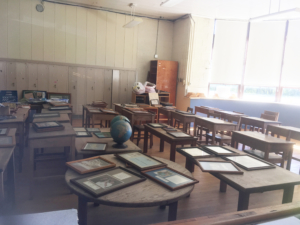 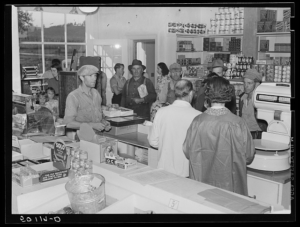 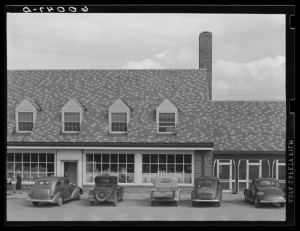 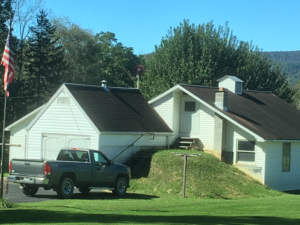 Carol Denney is a California writer and musician who volunteers with the Augusta Music Heritage Center in Elkins, West Virginia.
Email | View all posts by Carol Denney →