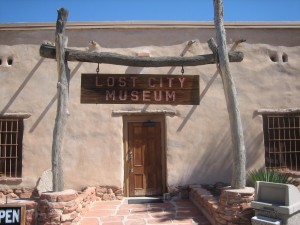 The New Deal’s legacy surrounds us but its overall impact both then and today goes largely unrecognized. Some states have museums dedicated to the Civilian Conservation Corps (CCC), and a few New Deal buildings serve as museums. But there is no museum dedicated to the art, architecture, and social programs of the New Deal itself.

A number of major museums own collections of New Deal art, but haven’t displayed these works in decades. A museum dedicated to the New Deal would display such works, showcasing the creativity and innovation of New Deal programs that inspired them; rekindle pride in government; and remind the public of what can be achieved when government mobilizes to help working Americans through hard times.

At the Living New Deal and the National New Deal Preservation Association we often hear from individuals and organizations wanting to donate New Deal art and objects but that can find no appropriate institution to give them to.

A group recently met in North Beach—the long time hub of the San Francisco arts scene—to discuss how to launch a New Deal museum. Various San Francisco sites were considered: the soon-to-be-vacated Exploratorium at the Palace of Fine Arts, the Presidio, and the Mint Museum.  We welcome your suggestions and support.