The First and Final Task 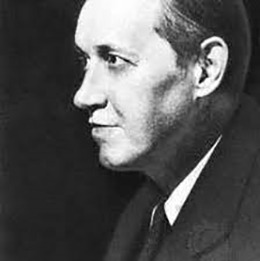 A social worker from Sioux City, Iowa, Harry Hopkins served as FDR’s personal advisor for the duration of his presidency. As head of New Deal relief, Hopkins worked tirelessly to provide jobs and assistance to millions of Americans struggling through the Great Depression. During World War II, Hopkins served as FDR’s envoy to the European Allies in the fight against fascism. At Hopkins’ memorial service in 1946, John Steinbeck reflected on Hopkins’ legacy of social justice: “Human welfare is the first and final task of government. There is no other.”

As our nation struggles to regain its footing at home and abroad, infrastructure and diplomacy are again at the top the president’s agenda. Harry Hopkins remains a paragon of public service.