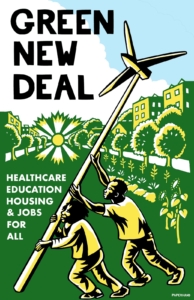 FDR and the New Dealers were idealists, but their genius lay in a hard-nosed pragmatism and a willingness to experiment. The Green New Deal is still mostly a set of potential policies and hoped-for outcomes.  To succeed, it needs to take seriously ten lessons from the first New Deal.

While the centerpiece of the Green New Deal is climate change, its advocates understand the need to address inequality, jobs and infrastructure. They now need to come up with dozens of concrete ways to attack the many problems facing the nation, as did the New Deal.

Meanwhile, critics calling the Green New Deal pie-in-the-sky need to learn the greatest lesson of the New Deal.  A climate program that does not address the needs of ordinary Americans is not only unjust, it is doomed to failure. Only a sweeping call to rebuild the country while serving the people will galvanize Americans to work for their common betterment. 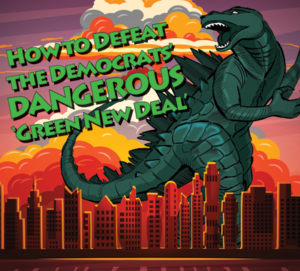 A version of this article appeared in The Washington Post.

2 comments on “Ten Lessons for a Green New Deal”