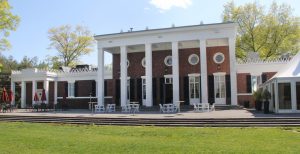 The Works Progress Administration (WPA)-built Pelham Bay Golf Course clubhouse in the Bronx is a knockout, but not so unusual in the exceptional quality it offered to the public. David Owen, in a 2005 article on public golf courses in the New Yorker, described the clubhouse as looking “a little like Monticello without the dome,” although its circular foyer and expansive salon are more Art Deco Hollywood than Jeffersonian Palladian. When Living New Deal Director Dick Walker and I visited it in June with local resident and New Deal researcher Frank da Cruz, I mistook it for one of the private clubs in the tonier suburbs of New York City rather than the still working-class Bronx. 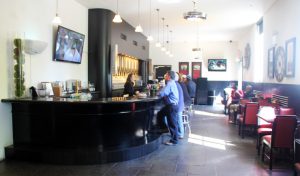 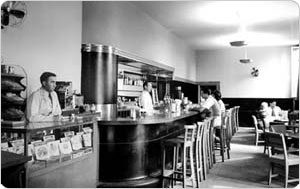 By building ski lodges, tennis courts, equestrian facilities, archery ranges, swimming pools, innumerable baseball fields as well as golf courses, New Deal agencies like the WPA democratized sports previously available only to the wealthy while realizing what Franklin Roosevelt called for at a 1943 press conference: “We must plan for, and help to bring about, an expanded economy which will result in more security, in more employment, in more recreation.” New York Mayor Fiorello La Guardia also saw the need to plan for the greater leisure time that would result from automation once the Depression was over. In his recent book, City of Ambition, Mason Williams writes,  “The core of La Guardia’s “economic readjustment’ . . . was the reduction of working hours (and the retention of existing wage levels) to create what he called a “spread of employment” which in turn would “create an opportunity for education, for recreation, for travel, for enjoyment of life.” At the same time, recreational facilities would provide numerous jobs for those who staffed them. 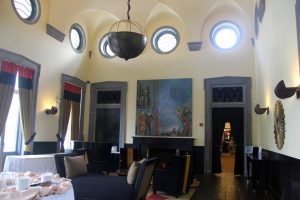 FDR doubtless thought a lot about the benefits of physical activity since they were largely denied the once-athletic man after he contracted polio in 1921. But, like La Guardia, he also knew that Americans in the near future would have much more spare time, and that recreational and educational opportunities should be available to them to productively fill it.

The New Deal encouraged public health in its broadest dimension: the development of a full human being and a healthy society of citizens, not consumers. Though few remember who built them and why, public golf courses continue to deliver on that promise by building the community of which David Owens writes many decades after WPA workers traded their shovels for four irons.