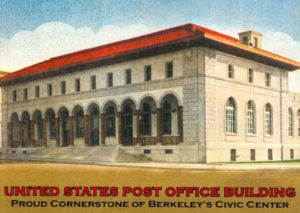 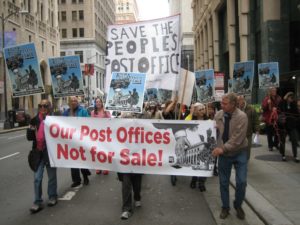 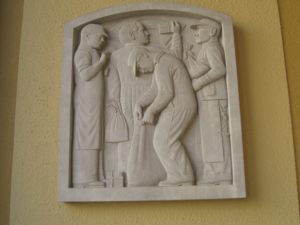 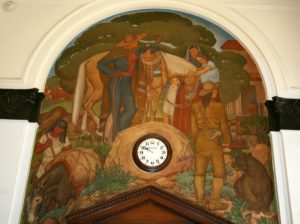 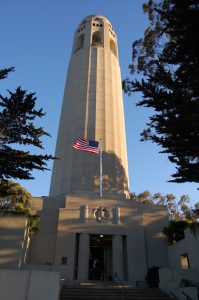 Just as FDR’s Administration gave Eleanor Roosevelt and Frances Perkins the opportunity to profoundly shape public policy, the New Deal also opened up real and meaningful work for women in the arts.

One place this played out was atop San Francisco’s Telegraph Hill, inside a quirky building where four women artists had a crucial role in making the first large-scale New Deal art project a lasting, creative success.

At a time when men got nearly all such work, Maxine Albro, Suzanne Scheuer, Edith Hamlin, and Jane Berlandina were among twenty-five artists selected to paint the interior of the newly built Coit Tower, where twenty-seven murals covering 3,691 square feet of wall space took form from 1933-1934, a turbulent time in this city. 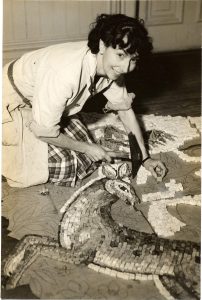 Painter, muralist, and lithographer Maxine Albro was born in Iowa and came to San Francisco in 1920 to study at the California School of Fine Arts. She later traveled to Mexico, met Diego Rivera, and studied fresco. In her Coit Tower mural, “California,” she included the New Deal’s National Recovery Administration (NRA) logo on boxes of oranges being packed by workers in the fields—a nod to the newly created federal agency that set minimum wages and maximum working hours. The model for one of the mural’s field hands was another Coit Tower artist, Parker Hall.  Soon after the Coit project was completed, Albro and Hall married, moved to Carmel, and joined the Carmel art colony. 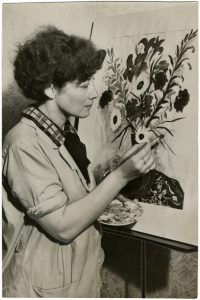 Jane Berlandina, born in France, was brought up in luxury. She was entranced by art and earned a degree from the exclusive Beaux Arts National School in Nice where her teacher was post-Impressionist Raoul Dufy whose style is quite different from that of Diego Rivera, the mentor of other Coit Tower artists. Berlandina’s mural, “Home Life,” is set apart in a small room on the tower’s second floor. Her use of egg tempera—pigments mixed with egg yolks as a binder—gives her transparent, seemingly unfinished figures a light touch that contrasts with scenes of Depression-era street life and labor strife depicted in the tower’s other murals. 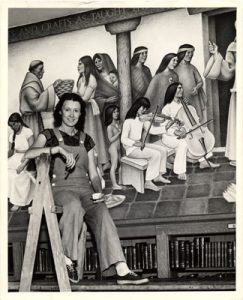 Edith Hamlin, born in Oakland, California, was assigned to paint outdoor recreation on the tower’s second floor where elevator doors would be smack dab in the middle of her mural. She made the most of it with her fresco “Hunting in California,” which depicts a hunting dog at the ready, a duck hunter with his prize, wild geese flying free, and a deer grazing. Hamlin went on to work for the Federal Art Project, painting two enormous murals at San Francisco’s Mission High School. She later married painter Maynard Dixon at whose San Francisco studio a group of artists had earlier gathered to insist that the government provide work for starving artists—a demand that led to the Coit Tower murals. 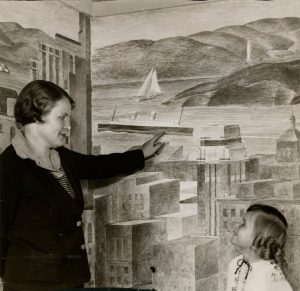 Suzanne Scheuer moved to San Francisco from San Jose in 1918 and studied at the California School of Fine Arts and the California College of Arts and Crafts. When Scheuer was assigned to paint a Coit Tower mural depicting newspaper production, she was initially reluctant to take on the job. She went to the Chronicle Building, did sketches of the offices and printing plant, and turned them into one of the liveliest of the Coit Tower murals—“Newspaper Gathering.”  After the Coit Tower project, Scheuer went on to paint post office murals in Berkeley, California, and Caldwell and Eastland, Texas. She later moved to Santa Cruz, where she designed and built six houses, doing much of the labor herself.

The Public Works of Art Project (PWAP), the first New Deal program to employ artists, was short lived, lasting only six months. When it ended in June 1934, it had employed 3,749 artists. The popularity and success of the Coit Tower project inspired the many New Deal art programs that followed. 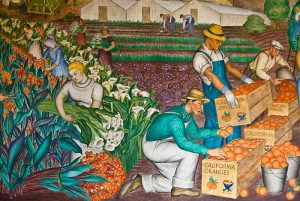 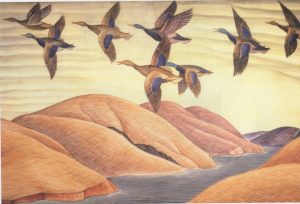 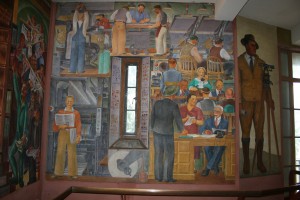 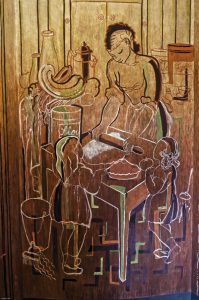