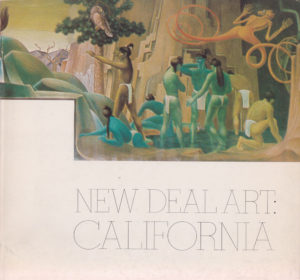 A daring exhibition at the University of Santa Clara in 1976 began the rediscovery of a buried civilization then itself only forty years in the past.

“New Deal Art: California,” a six-month exhibition at the De Saisset Gallery, pulled out of storage surviving works of New Deal art while pointing to others long ignored in public spaces: a wealth of paintings, sculpture, photographs, and mosaics whose merit had been buried under the ascendant dominance of modernist abstraction after World War II.

The disinterest or actual contempt with which so much of the Art Establishment regarded the figurative art of the New Deal was not entirely accidental. It had much to do with the deliberate erasure of the New Deal ethos that had produced it, though few at that time were aware of it. 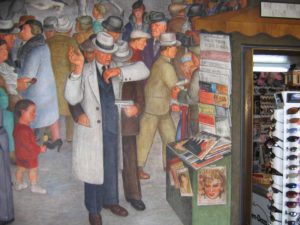 Much of the credit for the rediscovery of New Deal art belongs to Dr. Francis V. O’Connor who, in 1974, published Art for the Millions: Essays from the 1930s, written by those who worked for the WPA Federal Art Project, still an essential collection of source material. O’Connor served as a consultant for the De Saisset Gallery exhibition along with curators Lydia Modi Vitale and history professor Steven Gelber, who now lives in retirement in Santa Rosa, California. Gelber remembers the exhibition fondly and well. 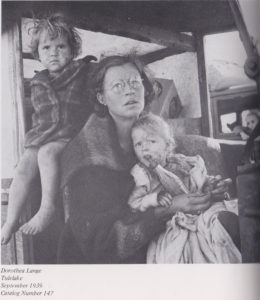 Dr. Gelber recalls today that the artists he interviewed all spoke of the art programs with something akin to love. Government patronage gave them security while enabling them to create art for a broad public rather than wealthy collectors, galleries, and corporate lobbies, as was so often the case when the federal art projects ended.

Two years in the making, the exhibition produced a richly illustrated catalogue containing an extensive inventory of New Deal public artworks throughout California. More important to those now researching New Deal art projects was a unique program of video documentation made possible by an NEH grant that enabled Gelber and Vitale to outfit a van with equipment with which they recorded surviving administrators and artists in their homes and studios. The Archives of American Art in Washington, D.C. houses those interviews. Through them, those involved in the vast programs of government-sponsored art speak to us today. 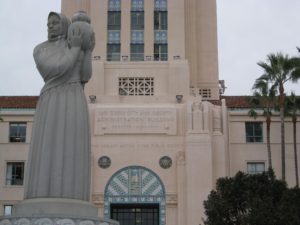 The art reproduced in the museum catalogue and in the February 4, 1976 issue of Francis Ford Coppola’s City magazine demonstrates the impressive range of works that emerged through federal patronage.

A cast stone relief on the exterior of the WPA-built Berkeley Community Theatre, for example, depicts people of all races brought together through acts of creation—an ideal that seemed attainable when government actively supported the arts.