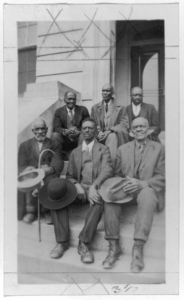 Old Slave Day Reunion, 1937, Southern Pines, North Carolina
According to a local newspaper “…a day set aside for those of the colored race who lived during slavery days. These old timers came from far and near, spent a day in the Municipal Park telling of their experiences and recollections to the thousands that gathered about to see and hear them.”
Photo Credit: Courtesy Library of Congress

“Lookee here, Mister, I jes an old colored woman, an I knows my place, an I wisht you wouldn’t walk wid me counta what folks might say.” The old woman saying this, Josephine Anderson, was formerly enslaved. It was October 30, 1937 when Anderson sat with Jules Frost, who was interviewing her in Tampa, Florida, for the Federal Writers’ Project (FWP). In her telling of the story, “mister” suddenly vanished. “He was gone; gone, like dat, without makin a sound. Den I know he be a hant.”

The ghosts of slavery still haunt. The Federal Writers’ Project’s Slave Narratives; A Folk History of Slavery in the United States was an enormous effort to collect the untold stories of those formerly enslaved.

The seeds for a collection of these oral histories were first planted in the 1910s and 20s, as scholars began taking note that those who had been enslaved were aging and their stories would die with them. Charles Johnson at Fisk University and John Cade of Southern University were eager to record those stories. Lawrence Reddick, a student of Johnson’s, had suggested a federally funded project through the Federal Emergency Relief Administration in 1934. The FERA project was subsequently adopted by the Works Progress Administration. By 1936 the slave narrative interviews were fully underway and continued through 1938. 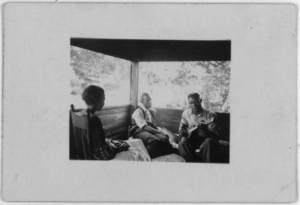 The Slave Narratives were a simultaneous effort among 17 state FWP branches. In addition to recording oral histories of the last living generation of former slaves, the FWP also documented African-American culture of that era, including songs, games and more. Card games, like “Georgia Skin,” “the most favorite gambling game among the workers of the South,” were described and discussed. Songs, like “I Surrender,” were sung. Josephine Anderson offered up some folk tales about witches: “Some folks reads da Bible backwards to keep witches from ridin em, but dat doan do me no good, cause I kaint read.” 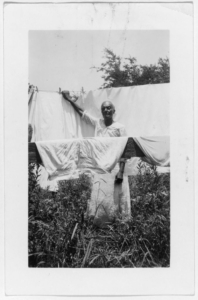 Born in Slavery: Slave Narratives from the Federal Writers’ Project, 1936-1938 contains more than 2,300 first-person accounts of slavery and 500 black-and-white photographs of former slaves. These narratives were collected in the 1930s under the WPA. At the conclusion of the Slave Narrative project, a set of edited transcripts was assembled and microfilmed in 1941 as the seventeen-volume Slave Narratives: A Folk History of Slavery in the United States from Interviews with Former Slaves. In 2000-2001, the Library digitized the narratives and scanned 500 photographs for this online collection, including many never before publicly available.

Although the New Deal was tainted by racism, the stories of over 2,300 African Americans who had been born into slavery were deliberately preserved for the ages. The oral histories of men and women like Acie Thomas, Fannie McCay, Prophet Kemp, Mamie Riley, The Reverend Squires Jackson, Belle Buntin, Welcome Bees, Kiziah Love and many more, including that of Josephine Anderson, are imperfect. Many of the interviewers were white and they were interviewing Blacks in the Jim Crow South—many of whom were hesitant in speaking about their experiences.

“The compromising circumstances of the color line in 1930s America,” notes Catherine A. Stewart in her book, Living Past Slavery: Representing Race in the Federal Writers’ Project, “made it almost impossible for blacks and whites to speak to one another freely about slavery.” 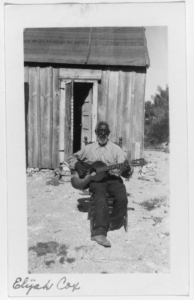 Of course, some interviewers were Black, notably the writer Zora Neale Hurston. Hurston had already published her magnum opus, Their Eyes Were Watching God in 1937, when she joined the Florida division of the FWP as a folklorist and contributor. “Well,” she wrote in one essay entitled “Turpentine,” “I put on my shoes and I started. Going up some roads and down some others to see what Negroes did for a living.”

Hurston knew, as do we today, that what Blacks did and do for a living, who they were and are, beyond the horrors of slavery, as the surging Black Lives Matter movement attests. Changes are afoot in classrooms around the country to share more of the Black experience. 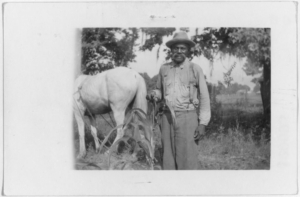 The San Francisco School Board, for one, recently passed a resolution to teach the history, culture and contributions of African Americans to every K-12 student by the 2022-23 school year.

There is, as yet, no national curriculum or set of standards for teaching Black history in the United States. Only a handful of states require it, including Arkansas, Florida, Illinois, Mississippi and New York. Other states, however, are looking to join them. Black history will be in Connecticut’s curriculum in 2022. Colorado has recently mandated that minority groups be included in the teaching of civic government. Rhode Island, Virginia, Vermont and other states are working with their school districts to establish curricula, as well.

The ghosts of Josephine Anderson and many others are still among us—conserved at the U.S. Library of Congress so that we may all learn from them.