Coast to coast, from the Bronx and Chelsea in New York City to Venice, La Jolla, Ukiah, Redlands, and Berkeley in California, the Postal Service has decided that it will sell historic downtown post offices without looking at alternatives.

Hundreds of post offices are up for sale or lease, and the list is growing. Of the 56 U.S. post office buildings currently for sale, six are on the National Register of Historic Places and more may be eligible.

The Berkeley-based National Post Office Collaborate has filed suit in federal court to stop the sale of the Renaissance-style Stamford, Connecticut, Post Office and is prepared to do the same for Berkeley and La Jolla, California and the monumental post office in the Bronx, renowned for its thirteen murals by New Deal artist Ben Shahn. 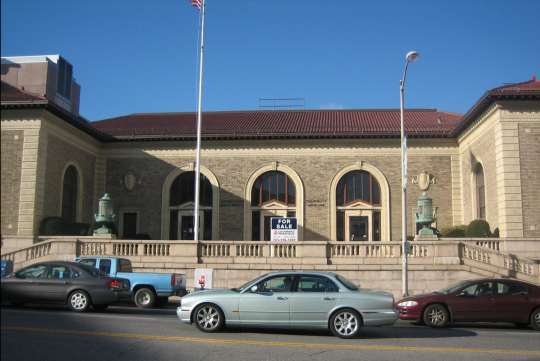 The announcement provoked a month-long encampment in downtown Berkeley to defend the post office and the New Deal artworks it contains.

Berkeley Planning Commissioners voted unanimously on a measure restricting the use of historic buildings in the civic center, including the post office, to community-serving purposes. The California State Legislature passed a measure urging the U.S. Congress to stop the sale of historic post offices and undo the constraints that Congress imposed in 2006 requiring the Postal Service to pre-pay 75-years of health benefits for Postal Service employees—part of the conservative agenda to privatize the U.S. Postal Service by pushing it into bankruptcy. 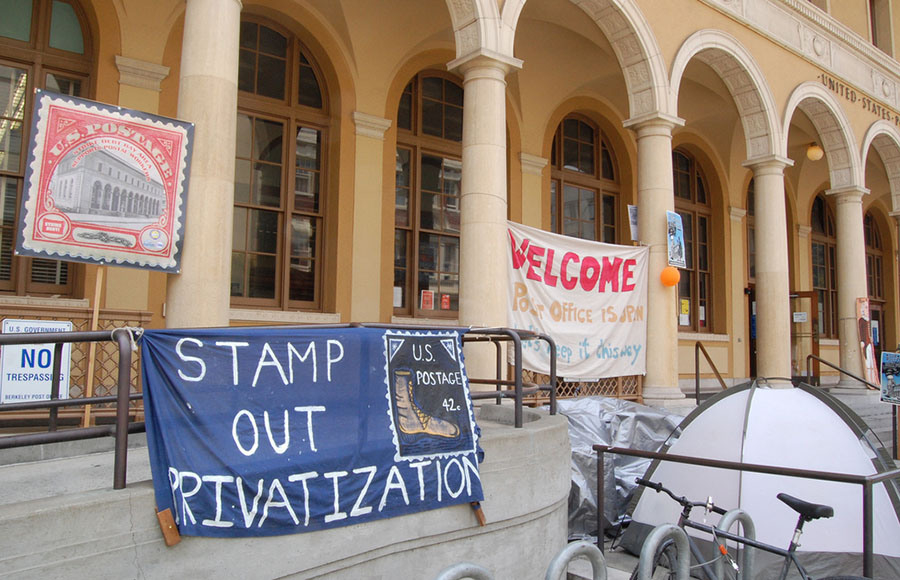 Two weeks ago, the Downtown Berkeley Post Office was listed for sale. CBRE holds an exclusive contract with the U.S. Postal Service to sell and lease the post office properties, valued at billions of dollars. The USPS-CBRE relationship is the subject of an explosive exposè by investigative reporter Peter Byrne that found that CBRE — chaired and largely owned by Senator Dianne Feinstein’s husband, Richard Blum — has consistently sold valuable public properties to its associates at prices well below market rates.

The Collaborate is urging an investigation by the USPS Office of Inspector General David Williams. Contributions to defray substantial legal expenses can be made to NPOC, PO Box 1234, Berkeley, CA 94701.