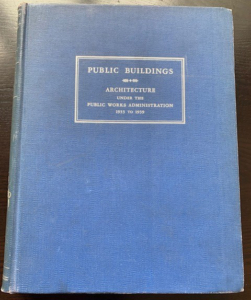 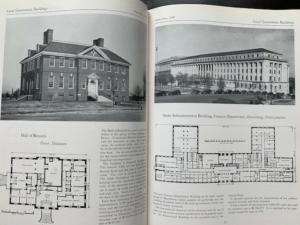 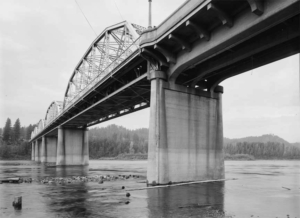 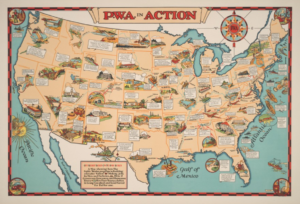 The Craighead County Courthouse, an Art Deco style building located in Jonesboro, Arkansas, was constructed in 1934-1935 with the aid of funds provided by the federal Public Works Administration (PWA). The Arkansas General Assembly established Craighead County and established Jonesboro as the seat in 1859. For nearly thirty years, three different buildings served as the county courthouse. In 1885, a two-story brick building with a four-story clock tower was constructed after a fire. By 1933, the building was razed and the stage was set for the new courthouse to be constructed. Elmer Stuck, a prominent local architect, designed the Depression-era courthouse. In 1995, the county expanded the courthouse with the addition of an annex of similar architectural style across Union Street. The two buildings are connected by a brick skywalk. The courthouse was inscribed on the National Register of Historic Places on September 11, 1998 for its association with local architectural history.

The Municipal Public Works Garage Industrial District is comprised of six single-story, brickbuildings built c. 1940. The garages are on the west bank of the Cumberland River, situated between Hermitage Avenue and Peabody Street in Nashville, Davidson County, Tennessee. The district is comprised of seven resources that are listed on the National Register of Historic Places, the six garages and a stone wall that predates and surrounds the district. The buildings are one story in height, have parapet walls, garage doors, and a variety of multi-light windows. All of the buildings have bowed steel truss roof systems.

Situated in a former municipal/industrial part of the city that has been rezoned for residential and commercial use, there are concrete walkways and landscaping between individual buildings. Overall, the district retains its architectural and historic integrity. All six buildings are constructed of red, load-bearing brick and have concrete slab foundations.Each building measures approximately twenty feet high and features a curved, bow truss roof hidden behind a stepped parapet wall on the façade. The buildings feature a running brick bondpattern and share many other architectural details, linking the buildings like an industrial park. Buildings 1 through 4 run lengthwise northwest to southeast while Buildings 5 and 6 run northeastto southwest. Each building features slightly recessed panels that are the height and width of a typical garage door opening. Whether or not a garage door is actually present, this feature givesthe buildings their industrial garage style. Windows and doors vary slightly from building to building due to later alterations and additions, but most feature a metal six-light pivot window setwithin a multi-light fixed window.

The Municipal Public Works Garage Industrial District was constructed c.1940 to house various municipal public works departments. Though commonly mistaken locally as “trolley barns,” the construction of these buildings postdates trolley use in Nashville (and Nashville’s trolley barns were located elsewhere). The garages housed several city public works departments, such as Engineering; Water Works; Streets, Sewers, and Sidewalks; Street Cleaning; Street Sprinkling and Sanitation; and the Municipal Garage. Buses, police cars, and other city vehicles were serviced here. This was a New Deal project initially funded by the Public Works Administration (PWA). Following the dissolution of the PWA in 1939, the Works Progress (or Projects) Administration (WPA) provided labor for the project. These buildings have recently been rehabilitated as mixed-use space, including creative and flexible office space and a restaurant.

In February 1939, bids were collected by the city subway department to begin construction for the first section of the Milwaukee-Dearborn street subway system that would create a 3,322 foot section of the tunnel between Chicago and Haddon avenues (“Dearborn St. Subway”). This system was part of a larger four part plan to build a large scale 50 mile subway system (“Four Stages”). The expansion would extend rapid service by adding additional subways and connecting existing elevated tracks. The project was largely funded by the New Deal’s Public Works Administration after plans were completed and agreements were made in 1938. The Milwaukee-Dearborn system specifically would add 3.85 miles of subway tunnels onto the tracks already in place. To carve out the tunnels, 200 ton steel shields bore twin tunnels along the proposed route (“Start Subway Tunneling Work”).

The initial plan was to have the tunnel pass under the pre-existing La Salle street tunnel but instead it was decided to have the subway cut through the tunnel. This would keep the subway at the same grade level as the other loading platforms that were currently about 40 feet below the surface (“Change in Tube Plan”). Due to the $23,130,000 in grants the project received from the PWA, the Milwaukee-Dearborn subway system would connect the Logan Square and Humboldt Park area with a more direct route to Congress and La Salle in the loop (“Strangest Hike in Town”).

Construction began in March 1939 and continued until World War II began and rationing effort affected the materials being used to work on the tunnels. In 1942, the Milwaukee-Dearborn subway system was about 80% finished when work was halted until after the war in 1945. It then took until February 1951 for the tunnels to be fully completed and operational (“Blue Line”).