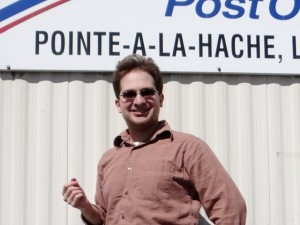 A native of Queens, New York, Evan has photographed nearly 6,000 post offices throughout the country, as well as more than five hundred New Deal projects—from post offices and New Deal artworks to school buildings, libraries, town halls, parks, courthouses, and any other project he can get a geographic fix on.

“My favorite New Deal projects are post offices constructed with funds from the U.S. Treasury because they embody the government’s commitment to serving communities all across the country through public buildings that were built to last.” 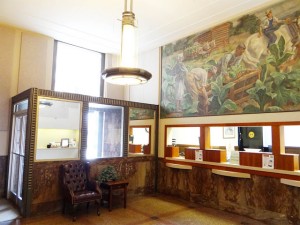 Evan began documenting U.S. Post Offices in 2008 describing the history, architecture, artwork, and what the buildings reveal about the places they serve in his blog, http://colossus-of-roads.blogspot.com.  He began sharing his extensive knowledge and photographs to the Living New Deal’s website in 2012 and became New York Regional Research Director earlier this year.

“What’s great about the Living New Deal is that the website enables not only researchers like me, but anyone with information about the New Deal to preserve and share it with the world.”

“The New Deal represents an important and underappreciated era in our history,” says Evan. “Every day I get to learn something new.”