As a lifelong Californian, the name La Guardia meant little to me other than an airport and a bronze plaque I once saw at Brooklyn College. That was until I read Mason Williams revelatory book, City of Ambition, about the extraordinarily productive and improbable partnership of Mayor Fiorello La Guardia and President Franklin Roosevelt during the Great Depression.

Williams, a professor of Leadership Studies and Political Science at Williams College, masterfully braids together the lives of the two New Yorkers—both born in 1882 and dying just two years apart in their 60s; Roosevelt, the aristocratic country squire; and La Guardia, the glad-handing, Jewish-Italian from Greenwich Village with a knack for languages. Although separated by party affiliation, the Democrat Roosevelt and the Progressive Republican La Guardia both were born to politics and even more so to public service and clean government.

The Roosevelt dynastic fortune was, after all, founded in New York City, which, by the time of the Great Depression, constituted one of the most important and polyglot voting blocs in the country. In the scrappy, irascible, and equally popular mayor, FDR found a partner with whom he could work while delivering support from the city’s voters for his own New Deal initiatives at the federal level. In the city’s Parks Commissioner, Robert Moses, both men found a brilliant administrator who used a torrent of New Deal money and labor to radically transform the city, while taking the credit himself. 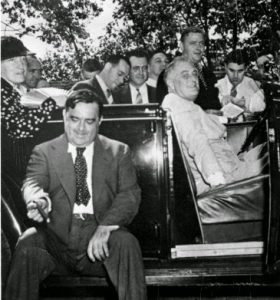 The plaque on La Guardia Hall, the handsome brick library building that terminates the grassy axis of Brooklyn College, quotes the Mayor: “Advanced Education Is A Responsibility of Government And Every Boy Or Girl Who Can Absorb It Is Entitled To It.” At a time when students at even public universities obsess more about their debt than sex, I was as impressed by that sentiment as by a campus that has given generations of immigrants and working class youth the opportunity for personal advancement in the ambience of an Ivy League school.

That, Mason Williams’ book makes clear, is the vision of government’s rightful role that La Guardia and Roosevelt shared. The plethora of parks, schools, colleges, sewers, roads, tunnels, bridges, and libraries they built and the art they left—all of which the Living New Deal has documented in its new map of New Deal sites in New York City—contributed mightily to the city’s rise as one of the world’s foremost cultural hubs and magnets. 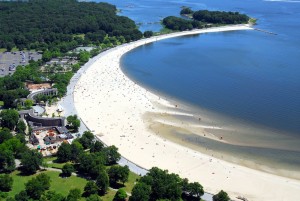 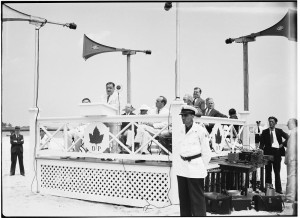 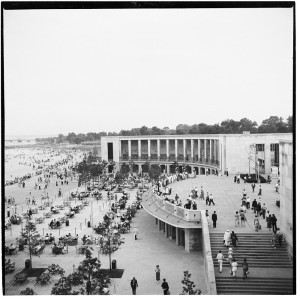 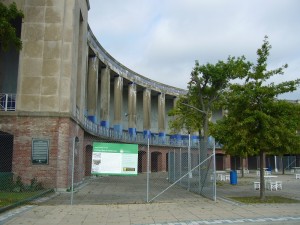