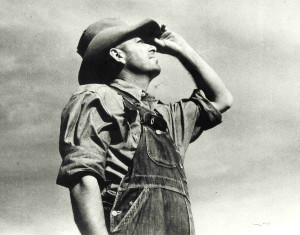 Nothing brings to life the countless ways the New Deal saved millions from bleak poverty while catapulting the nation into the 20th century like the movies its agencies produced.

The Living New Deal’s Berkeley Associate John Elrick compiled a list of one hundred films at San Francisco’s Prelinger Archives, which helped Maryland Associate Brent McKee locate and digitize many held by the National Archives film division in College Park, Maryland. Then Chris Carlsson, a San Francisco historian and writer, entered the films into the Internet Archives where anyone can access them.

A few of the New Deal documentaries such as The River and The Plow That Broke the Plains directed by Pare Lorentz with musical scores by Virgil Thompson, are justifiably famous and classroom fare, but most New Deal films were more amateurish, using stock footage and martial music that has nothing to do with the visuals or narration, and little, if any, plot. Nonetheless, they provide a wealth of historical information including typical work days and camp life of CCC enrollees; how farm-to-market roads, enormous dams, and rural electrification improved the lives of farmers and stimulated productivity; productions by the Federal Theatre Project, which hired and entertained millions of Americans; and an array of public works projects and social programs. For example, Making Aviation Safer for America shows how the hundreds of municipal airports built by the WPA laid the foundation for the commercial airline industry, while stimulating local economies. 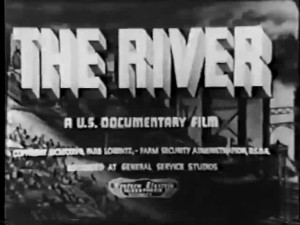 The River, 1938
This film about flooding on the Mississippi was distributed by the Farm Security Administration

While most workers shown in the films are white, We Work Again displays the myriad skilled and unskilled jobs that the WPA provided African-Americans, whose unemployment rate during the Great Depression far exceeded the nation’s rate of 25 percent. Other movies show racially integrated WPA-run nursery schools and CCC camps.

A 1935 newsreel produced by Paramount Pictures —Three Billions to Use — opens with an emphatic address by WPA chief Harry Hopkins, insistent that the U.S. must find its own unique way to put its citizens to work to give them a decent standard of living. Hopkins uses the word decent three times in just two minutes, reiterating what Labor Secretary France Perkins recalled as Franklin Roosevelt’s self-imposed moral responsibility to improve the lives of ordinary Americans: “’Decent’ was the word he (FDR) often used to express what he meant by a proper, adequate, and intelligent way of living.”

The ephemeral movies demonstrate how the Roosevelt administration used an activist government to promote common decency. Unfortunately, many of the films have suffered from deterioration as well as from sequential copying to videotape and digital media. The Living New Deal is prioritizing films for repair so that we can make high-quality movies available to scholars, documentarians, and all interested in watching the New Deal in action. Donations for this work are most welcome!