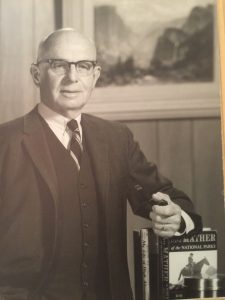 Arts & Crafts architecture—with its emphasis on native materials, skilled workmanship, sensitivity to nature, and indigenous motifs—fell out of fashion after World War I. Revival styles and the rising tide of modernism supplanted it, but so did economics: the craftsmanship it required was just too expensive in the post-war world.

So why was it revived twenty years later in the buildings and landscape design of our national and state parks in what became knows as “parkitecture?” 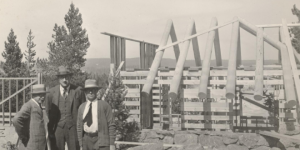 Born into a German family and raised in Oakland, Maier was studying architecture at the University of California at the beginning of the First World War when Berkeley was a hotbed of Arts & Crafts design and thinking. The University and its alumni were also central in the founding of the National Park Service (NPS) in 1916. Among those alums was Maier’s friend Ansel F. Hall who quickly rose to the position of Chief Naturalist of the new NPS. An advocate of nature education and interpretation, Hall procured funding from the Laura Spelman Rockefeller Memorial for Maier to design an interpretive museum for Yosemite Valley. 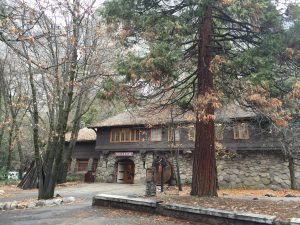 With its battered walls of massive local boulders supporting an upper story of rough logs and unpainted wooden shakes as well as its sensitive siting, the Yosemite Museum would have been right at home in the Berkeley hills, but it also apparently pleased the Rockefeller foundation enough to pay for Maier to design similar museums in Yellowstone and the Grand Canyon during the 1920s.

Private funding for such costly buildings dried up with the 1929 Crash. President Roosevelt’s creation of the Civilian Conservation Corps  (CCC) less than a month after his inauguration on March 4, 1933 gave them a new lease on life, however, when NPS Superintendent (and UC alum) Horace Albright put Maier in charge of the Rocky Mountain District based in Denver. At the same time he made Maier CCC regional officer for the Southwest. Although Maier’s administrative duties left little time to design, his roles straddling the rapidly expanding state and national park networks as well as the CCC put him in a unique position to implement design work on a scale unimaginable in the 1920s. 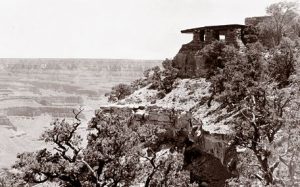 Yavapai Point Trailside Museum on the South Rim of the Grand Canyon, 1929
The building, designed by Herbert Maier, is now called the Yavapai Observation Station and is still in use.
Photo Credit: George A. Grant, Courtesy National Park Service

In 1935, Maier hired Ohio architect Albert H. Good to collaborate on the publication of a pattern book called Park Structures and Facilities. It featured plans and photos of hundreds of rustic structures, which CCC recruits erected on public lands throughout the U.S.

With the end of the CCC in 1942 and Roosevelt’s death three years later, Maier lost the federal funding and work force needed to build the structures he believed best suited the nation’s parks. Tastes were changing as well with a shift to modern design in park visitor centers and museums. Maier remained with the NPS until 1962, but his retirement was unfortunately brief. He died in Oakland just seven years later. The handsome rustic structures enjoyed by millions throughout the nation are his enduring legacy. 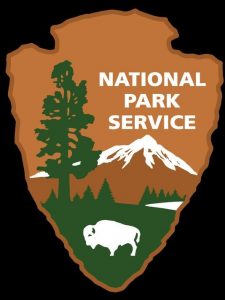 NPS logo
Maier imprint on the Park Service includes the design of the arrowhead logo. 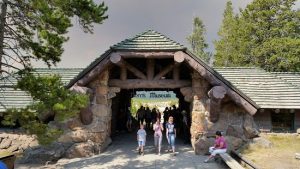 Herbert Maier designed four museums for Yellowstone NP. Three survive.
The Norris Museum was conceived as a gateway to the overlooks and trails of the geyser basin.
Photo Credit: National Park Service