Over the course of the Roosevelt and Truman administrations, the country confronted three acute sources of fear: crumbling democratic politics and liberal hopes; ever more sophisticated weaponry; and the racial structure of the Jim Crow South.

These sites of concern raised the vexing issue of whether America’s liberal democracy could govern effectively compared with the assertive energies of Fascist Italy, Nazi Germany, Imperial Japan, and the Communist U.S.S.R. Many asked whether the United States would have to undergo a period of emergency rule in which uncommon powers would be delegated from Congress to the president and the executive branch. The greatest triumph of the New Deal was the absence of such steps. Of the New Deal’s many accomplishments, none was more important.

This attainment, however, should not blind us to the era’s most profound imperfection—southern political power, especially in Congress, in the age of Jim Crow. Southerners dominated the committee system in Congress, and, more broadly, served as the legislature’s main gatekeepers. Without their active consent and legislative creativity, the New Deal’s various accomplishments and policy outcomes either would not have happened or would have been quite different. 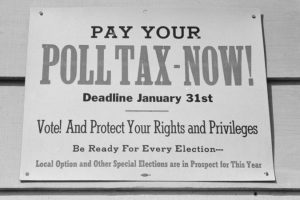 Here lay the era’s greatest irony. The ability of Congress to refashion American liberal democracy depended on harnessing the segregated South to the majority coalition of the Democratic Party. Without the South, there could have been no New Deal. With Southern support, the New Deal could proceed, but at a cost.

Were it not for the South, the Social Security Act and the Wagner Act that underpinned union organizing, as well as the Fair Labor Standards Act that guaranteed a minimum wage and a 40-hour work week would also have included farmworkers and maids, the jobs most African-Americans in the South performed. Were it not for the South, the United States would not have had a military draft before Pearl Harbor (peacetime conscription passed the House of Representatives by a 203-202 vote in July 1941, with nearly unanimous Southern support). President Truman’s 1947 veto of the Taft-Hartley Act restricting labor rights would not have been overridden, but for the South. 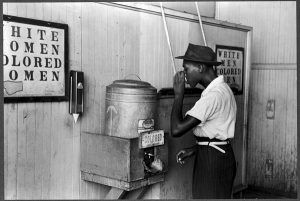 The application of Southern power helped fashion a new national state that possessed two distinctive faces: a domestic procedural government in which the federal government was defined less by purpose than by process; and a global crusading state, fighting dictatorships with hardly any procedural constraints.

These two aspects formed a practical and symbolic arrangement that continues to define the United States, and we remain challenged by the problems it poses for liberal democracy today—polarized interests and recurring crises of confidence in public authority on the domestic side; and highly autonomous executive power on the global side that sometimes generates cruel and protracted violent adventures.

In underscoring the price exacted by the role the South played in Congress, my aim is not to diminish the New Deal’s accomplishments. Rather, my lasting admiration is tempered by the recognition that the institutions, conventions, and habits that the New Deal molded continue to demand thoughtful choices in a world scored by fear.

Dr. Ira Katznelson is Ruggles Professor of Political Science and History at Columbia University and president of the Social Science Research Council. His most recent book, Fear Itself: The New Deal and the Origins of Our Time (Liveright 2013) was awarded the Bancroft Prize in History. Dr. Katznelson is a member of the LIving New Deal Advisory Board.
Email | View all posts by Ira Katznelson →