I write to tell you about the life and work of my dear late grandfather, Frank Comerford Walker. He was a scarlet pimpernel who worked for positive change and ascended to a position where he was fortunate enough to help craft good government. I am working toward writing a book about him. He was a great contributor to the Roosevelt Administration and the Democratic Party, and in many ways an initiator and overseer of the New Deal. 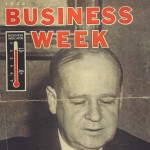 The story of Frank C Walker – New Deal coordinator, executive secretary of the Executive Council, and Postmaster General – may be of benefit to our challenged and hero-starved democracy.  His example could help to foster another (21st century) course-correction through a greater and deeper awareness of the FDR legacy. 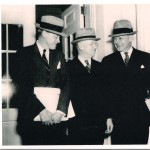 As one can see from Walker’s words and record, this country had a humble warrior and sage helping carry the mantle of democratic reform during a critical period in American history. His life, his deeds and his speeches depict many of the humanitarian concepts and ethics of the New Deal he helped to bring to fruition as aide to FDR. His great record of service and his special, if not secret, relationship with Roosevelt is, however, missing from the commonly known history of the FDR administration.

My grandfather grew up in a rough and colorful frontier mining town of Butte, Montana, and had a Catholic education.  Young Frank became a well-traveled man, visiting relatives in Pennsylvania and New York, attending college in Spokane, Washington and going on to law school at Notre Dame University in South Bend, Indiana.

He began a law career with his older brother in Butte, and the two had an impressive list of clients from the railroad and mining industries. Frank developed his political skill and genius in the period known as the “Copper Wars,” when capital and. labor battled openly in the mining industry. He developed an astute political mind through experience with political figures likes the great Senator from Montana, Thomas ‘Tea Pot Dome’ Walsh, who would become a mentor and friend for over thirty years.

Later, Frank Walker would develop a keen business mind working for his uncle in New York, just as Vaudeville theatres were transforming into motion picture theatres. Frank’s young life prepared him well for his next adventure: an invitation to Henry Morgenthau’s parlor to join the group working to elect Franklin Roosevelt President – Howe, Morgenthau and James Farley (Walker later replaced Farley both as Postmaster General and Democratic party chairman). With FDR waiting in the wings, Walker was chosen to run the Roosevelt-for-President office.

Once FDR was elected, Frank Walker became Executive Secretary of the Executive Council (later called “Emergency Council”) that oversaw the Emergency Recovery Act and National Industrial Recovery Act – a job that one associate called “coordinating the un-coordinatible”.  Walker skillfully mediated among the President’s inner circle and put out the fires between the jousting egos of Johnson and his NRA lobbyists, Hopkins and his CWA and WPA, and Ickes with his PWA projects. 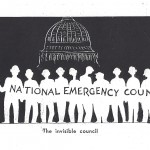 On the business of recovery, Frank Walker expertly and personally supervised the drawing up of Emergency Charts, created the Information Service, and early on drafted an Executive Order broadening the powers of the Budget Bureau, which up to then only dealt with a president’s annual budget. “Prior to this the Government and President had no charts, no information service, and its budget powers were very limited. With my action,” said Walker, “the Budget Bureau came to be a real asset to the President and the Government Charts and Information Service really came into being for the first time”.

I don’t think my grandfather ever received recognition for the 1934 Housing Bill and its multifaceted impact on the depressed construction industry, creating the Federal Housing Authority, benefiting the dispossessed and homeless, bailing out farmers, enabling the mortgage industry to recover, and creating jobs for the unemployed. See Frank Walker speech to Mortgage Bankers Association, 1934.

At that same time, an ingenious six-pronged attack on the Depression was undertaken. 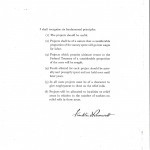 The challenges and dynamics of that emergency is a real study in effective government, and incomplete without my grandfather’s papers and memoirs

In 1940, Frank Walker was drafted as Postmaster General, where he used his station and special gifts to craft progressive postal communication and grass-roots delegation policies. With the coming of the World War, Walker also had to help FDR educate an isolationist population in the U.S. about the world, Lend Lease, Hitler, Mussolini and Tojo. With the erosion of human rights and “human dignity held hostage” in Europe and Asia, Walker stepped to the fore. His speeches were broadcast nationally.

Frank Walker helped reconfigure the War Bond system and became engaged in a national postal inspection campaign during the year before the bombing of Pearl Harbor. Stumping for FDR, selling his war bonds, and fostering and connecting offices for public investors to prepare for war and pay for arms, Roosevelt and Walker fought hard against the Republican party’s platform of isolation. Their warnings of German aggression and stories of the holocaust abroad were limited by partisan Republican politics. This has many similarities to what recently occurred in regard to the situation in the Middle East. 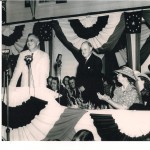 Frank Walker is an unsung hero. He is important role model at a time in our history when there are no substantial role models in government. His story sheds, I believe, new light on the depth and breadth of the New Deal, as well as on the story of American involvement in WWII. In this sense, Frank Walker is USA’s Winston Churchill. One has to only listen to his public radio addresses to see the similarities between the two. Walker streamlined the postal service and its procurement of war bonds and his subsequent tour/campaign the year prior to Pearl Harbor to raise funds and awareness. To have to advocate war, ever, is a tenuous trek. But, like Churchill’s campaign and speeches in Great Britain, this was necessary to help raise awareness regarding human suffering and human rights around the world during the war years, and to prepare the unprepared for the onslaught of fascism and the Japanese threat.

Frank Walker was never one to publicly boast or seek credit for anything he had done. He preferred to keep it a secret that he lunched with FDR regularly.  It has been said that when members of his staff dispersed from a meeting, FDR more often than not had Walker stay behind for council and conversation (I have proof of this).  His other contributions, such as his record of service, his capacity for work, and his sense of charity, are legendary. But because he had no political ego, that aspect of his legend was never established.

A most compelling part of the story is the personal friendship between FDR and FCW – a friendship that was uncharacteristic of Franklin Roosevelt’s relationship with most other colleagues. They shared similar political philosophies and party politics from the time they first met in Montana. They made speeches for each other, traveled the country together, and shared many friends. The opportunity given to Walker by Roosevelt to apply his gifts with full confidence was returned by Frank in full measure, with the utmost loyalty and sense of high purpose and lightness of being. They had differences but nothing that was to interrupt their overriding mission–which was to get the New Deal on track and the nation back into a state of financial balance and equanimity.

One of Frank Walker’s greatest gifts was his personal sense of charity and he did not waste energy on resentments or notions of self-importance. He accepted things, especially people, as they were, listened attentively to opposing points of view, then tried to win them over with his impeccable diplomacy and good graces. This aptitude of forgiveness showed that he had a strong relationship with his god.

I have been researching Frank Walker’s career for a little more than a decade. Although I own and operate a Bed & Breakfast Inn in North Carolina, this project has now become my passion. At this vital juncture, I feel my responsibility is to broadcast the lessons of selfless service he embodied and taught by example. The stories of how the New Deal overcame destitution, poverty, hunger, broken government and corruption, war and prejudice are all lessons that have been lost.

Up until recently, I had assumed that scholars and historians did not see the importance of my grandfather’s accomplishments and legacy. This has long been my father’s interpretation as well. After reading the latest mass-distribution book on the Franklin Roosevelt administration – which makes NO mention of Frank Walker ­– I now share my father’s long held sense of abandonment and tragedy. Frank Walker was, and is, a hero and model for the common middle class man. The true hero, and the brains and brawn of the New Deal, was a common man. And a humble man.

Thus, one of the greatest revelations of the New Deal is yet to be uncovered. Frank Walker’s life history, record of service, character, speeches, and legacy is tragically missing from American public record. His writings and speeches are still relatively undiscovered, even though his voluminous archives exist in the library at the University of Notre Dame, which awarded him with their greatest accolade, the Latare Medal of Honor. Walker’s personal relationship and partnership with FDR is inspiring, but is a legacy lost except to a few members of my family and a few librarians at the University of Notre Dame archives. This story needs to see the light of day.

edited by R. A. Walker (no relation)

We're recording the human stories of the New Deal, along with mapping the physical landscape of this important history. If you have a story to tell of your experiences or memories of a New Deal project please share it by submitting a Testimonial.

As part of this Project, we are in the process of developing a more comprehensive documentation of the human stories of the New Deal, including photographs, audio, and film. Please visit this site regularly to check on our new stories.

It’s very possible that you have relatives who were employed in one or more of the various New Deal programs, for example, the Civilian Conservation Corps (CCC), the Works Progress Administration (WPA), or the Rural Electrification Administration (REA).

Check out our new resource, Finding New Deal Ancestors, to learn how to perform this research.