In following the ongoing conversation about the need to revive FDR’s Civilian Conservation Corps (CCC), which put people to work across the country and revived public landscapes, we ran into this post, on the website of the Los Angeles-based public television station KCET. Writer Char Miller, in a Feb. 6 opinion piece titled “Will ObamaCorps Become the New Civilian Conservation Corps?” explores the history of the CCC and related programs. 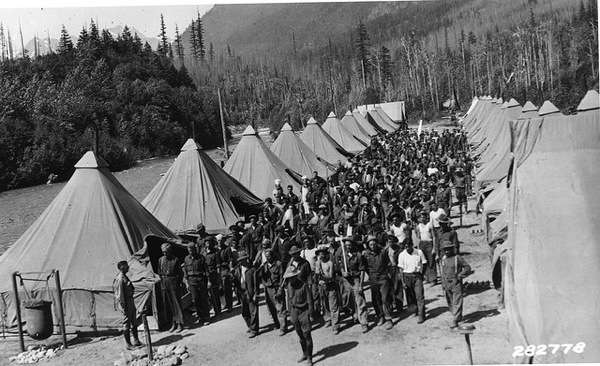 “… As the CCC boys enhanced the Angeles’ and other forests’ recreational resources – earning them the nickname, the Tree Army — they were beefed up in turn, sparking a reinvigorated cult of masculinity. Many like Condon remember the skills they learned, the maturity they gained, and the self-assurance that came from swinging an axe, handling earth-moving equipment, and contributing to a cause greater than themselves. Condon affirmed this transformation in the title to a reminiscence he published 50 years later in “Growing Up in the CCC” for Modern Maturity magazine, now known as AARP The Magazine.

His insight is indicative of a significant shift in American environmental culture, argues historian Neil M. Maher in “Nature’s New Deal.” The CCC “expanded the meaning of conservation beyond the efficient use of natural resources to include as well concern for human health through outdoor recreation,” a twinning that “became central to postwar environmentalists. …” Miller traces the theme of community work through to the efforts of Job Corps (pictured here) and the Peace Corps in the 1960s and beyond. 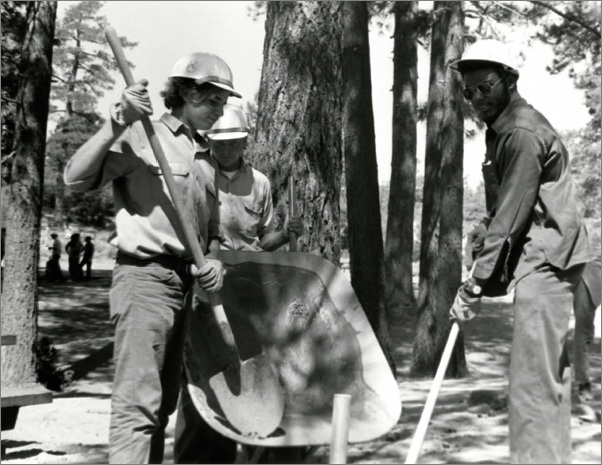 Miller is optimistic about the possibility that President Obama’s new youth corps could become a real revival of the CCC ethos. Read the whole essay here.