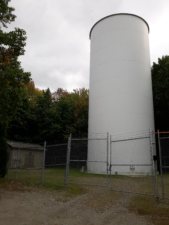 The Public Works Administration (PWA) funded the construction of waterworks in Hampden ME in 1938. The PWA provided $58,950 while the Hampden Water District’s contribution consisted of a bond issue of $140,000.

Excerpt from the Bangor Daily News, 1938:

“Standpipe In Hampden Has Been Completed

The steel standpipe is thirty feet in diameter, seventy-five feet high, and has a capacity of 370,000 gallons. A departure from the usual riveted sections was made in the the erection of this standpipe in that all sections, rings, sheets, roof, and ladders were electric welded. H. C. Clarke, of the Chicago Bridge & Iron Co., fabricators and erectors of the standpipe, states this to be the only welded tank of its size and capacity in the state of Maine.” 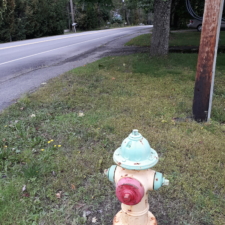 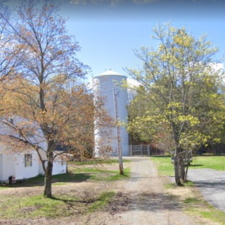 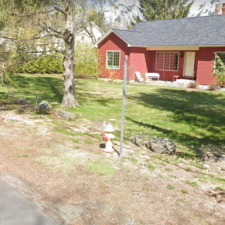