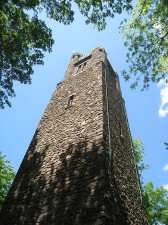 The WPA and CWA did extensive work on Bowman’s Hill and the surrounding area:

“During the mid 1930s there were approximately seven major improvement projects completed at Bowman’s Hill under the Civil Works Administration and Works Progress Administration of the New Deal under President Franklin Roosevelt. Relief workers completed massive amounts of tree and grounds work; they created two vistas from the Tower to the Delaware River, one on the north side of the hill and one on the southeast; a number of large rocks and boulders were set in the banks near the Tower as natural outcroppings to prevent erosion of soil from the roots of the trees; and the Tower underwent extensive masonry repair and the exterior was waterproofed.”   (http://www.ushistory.org)

“Members of the WPA and the DPA worked at a Park nursery taking care of and transplanting stock throughout the Park and the Wildflower Preserve. Washington Crossing State Park nursery stock was also distributed to other State Parks up and down the east coast. Trail mapping, numerous plantings and recreational development projects abounded during this time, altering the landscape while it put many citizens back to work. The Delaware River retaining wall was among these projects.” 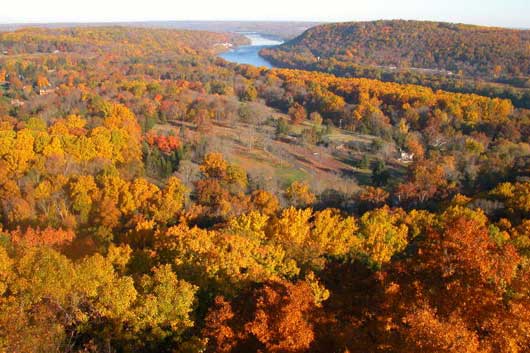