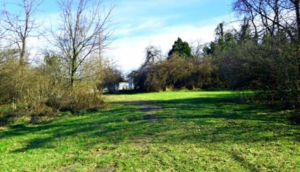 In 1938, the Works Progress Administration (WPA) constructed a barn at Warder Nursery in Cincinnati OH. The project was one of several undertaken by the WPA in the city.

“Three WPA projects for park improvements at Cincinnati, Ohio, have been given approval by the council finance committee of the city,” a contemporary journalist remarked at the time. “One project provides for the erection of a service and storage building at the Warder Nursery on North Ben Road, one for the construction of roads and walks in the various parks, and the other for landscape development in some of the parks.”

The WPA barn can still be found on nursery grounds.