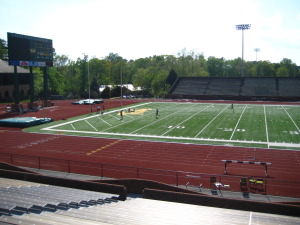 “The Stadium at Cary Field was constructed in 1935 at a cost of $138,395 under a grant from President Franklin D. Roosevelt‘s Public Works Administration. The namesakes of the stadium are Walter (W&M class of 1937) and Betty Zable (class of 1940), who made a $10 million contribution to William & Mary in 1990, adding the Zable moniker to the existing Cary Field. The construction of the stadium is distinct in that the primary entrance to the stadium is at the 50 yard line on one side, eliminating prime midfield seating locations. In order to secure the stadium, college officials had it designed for agriculture expositions with a cattle entrance at midfield. No expositions, however, were ever held, but the midfield seats remained lost.

The first football game played at the stadium was the 1935 season opener, a 0-0 tie against the University of Virginia. Zable himself played in the game.” 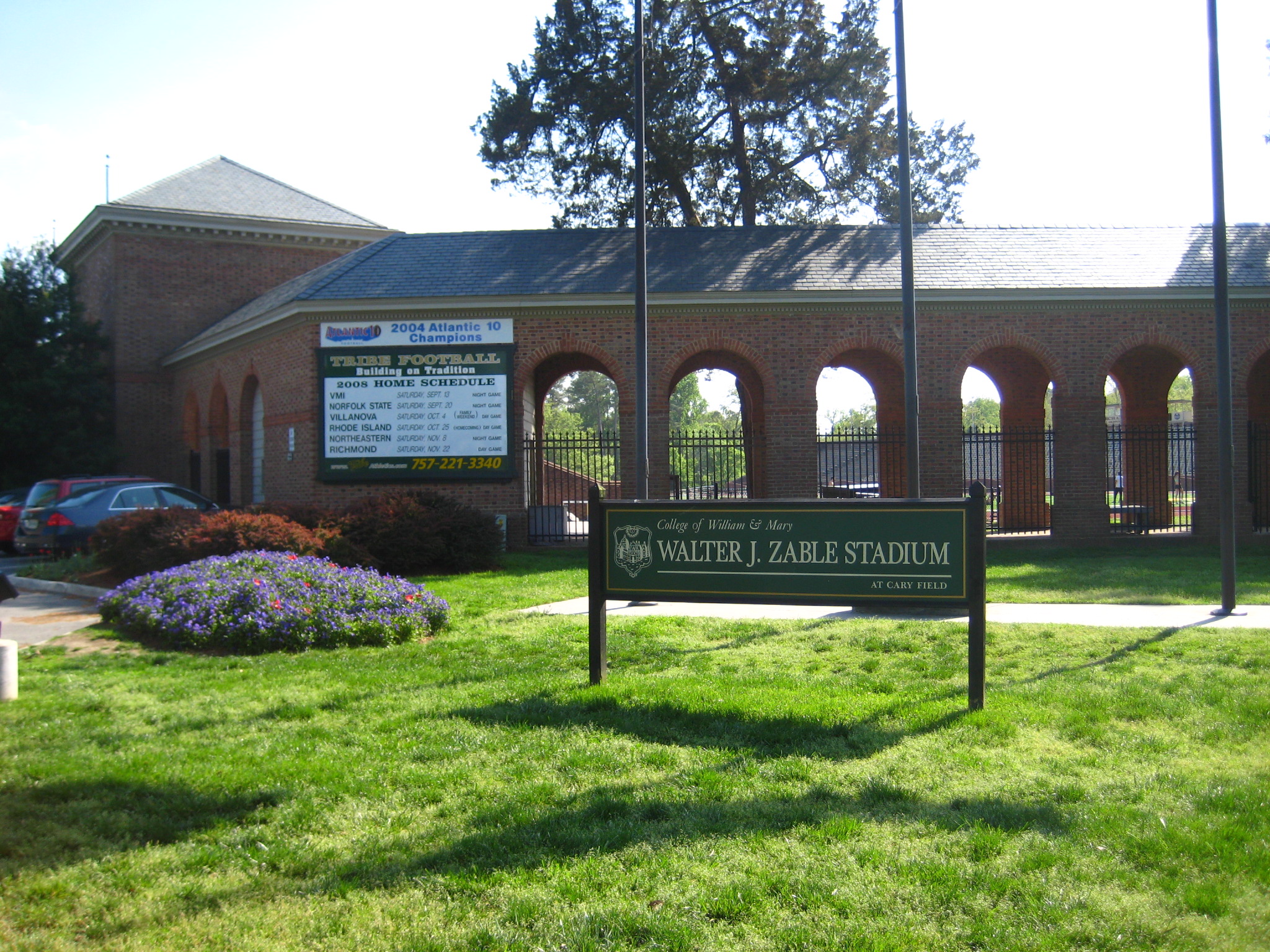