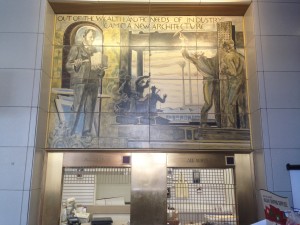 The Uptown Post Office Murals “Carl Sandburg and Louis Sullivan” were WPA New Deal Art Projects completed in 1943 by Henry Varnum Poor. These are significant murals created by the WPA which celebrates both agriculture and poetry (Uptown PO Chicago).

At the time the murals were created, Poor was an established artist – one of the few non-relief artists who was allowed on the project because many unemployed craftsmen could be put to work executing his designs. His notability also gave the projects an air of respectability (Bernstein). Poor, who was born in Chapman, Kansas, studied art at Stanford University and later spent time in London under Walter Sickert and in Paris at the Académie Julian (Henry Varnum Poor Papers). Although primarily known for his paintings, after the stock market crash of 1929 he focused on ceramics and murals (Uptown Chicago Resources). One mural displays iron-workers beside Louis Sullivan who is holding the Carson Pirie Scott & Co. building in his hands. The other mural displays farmers and Carl Sandburg with a guitar and the legend “From the sun and the fruits of the black soil poetry and song sprang” (Leroux). These murals depicting farming and art as well as factory work and commerce are one of many spread throughout the city of Chicago (Sawyers). The Murals can be viewed at the Uptown Post Office at 4850 North Broadway Street during all post office operating hours. 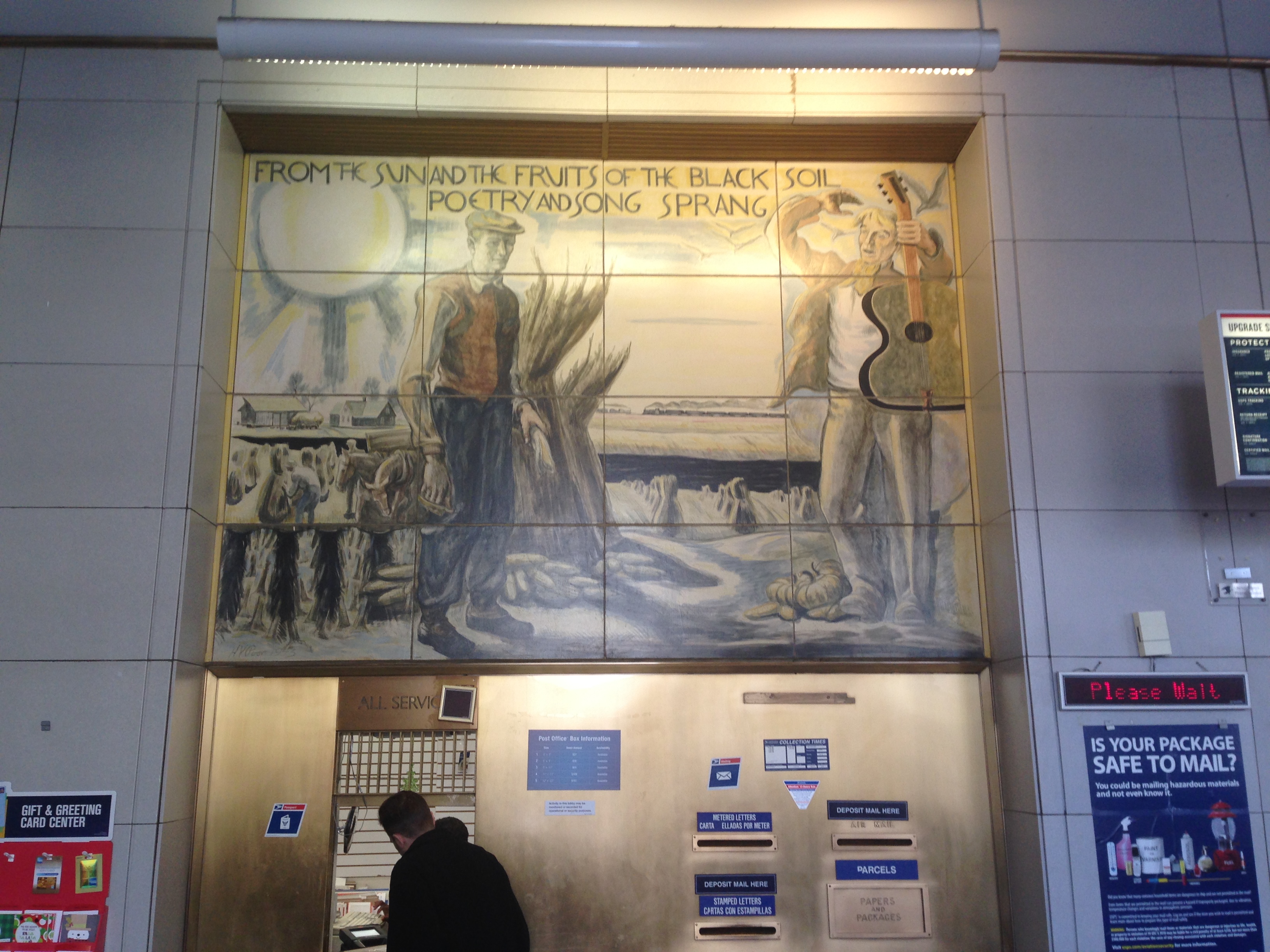